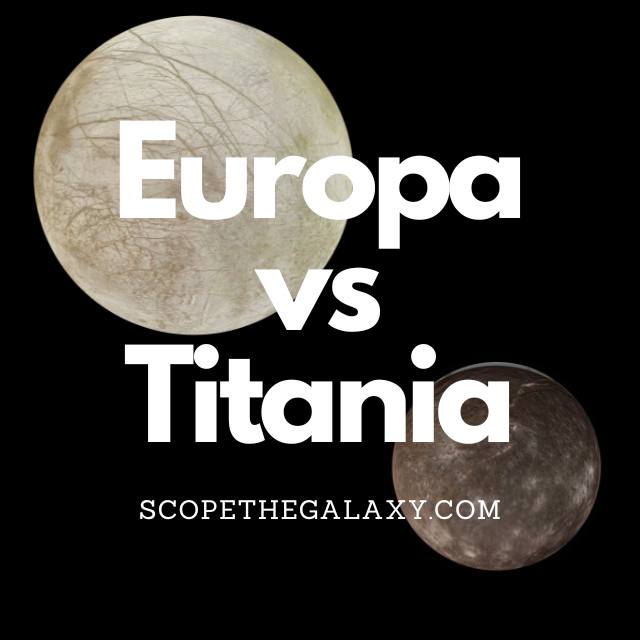 The main differences between Europa and Titania would be that Europa is bigger with a diameter of 3,121.6km while Titania’s diameter is 1576.8km, Titania orbits Uranus while Europa orbits Jupiter and a day on Titania is longer at 8 days 17 hours compared to Europa’s 3.5 days.

There are various other differences between the two so continue reading for a more detailed breakdown of both entities along with their similarities and differences below. 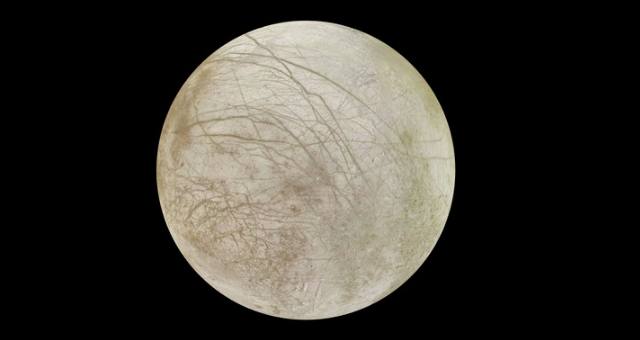 How Are Europa And Titania Similar?

As both are natural satellites, Europa and Titania do share a few similarities, which includes the following:

Differences Between Europa And Titania

Europa and Titania have a few common features between them, such as the fact both are moons that orbit large gas Giants, are amongst the largest moons in the entire solar system, have a similar terrestrial composition and more.

However, they have various differenences too whether it be in regards to their overall size, their atmospheric composition, the activity on their surfaces and more so, Titania and Europa are very different in their own right despite the similar features they share.