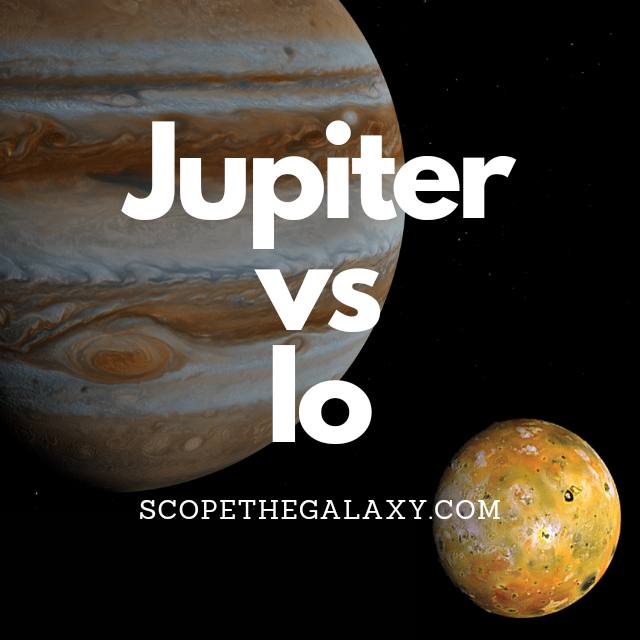 Similarities Between Jupiter And Io

There are a few similarities that Jupiter and Io share, which in this case includes the following:

Differences Between Jupiter And Io

Although Io is one of Jupiter’s Galilean moons and as a result they both inhabit the same local region, the two are ultimately physically and compositionally very different from one another.

Whether it be in regards mass, size, the number of objects that orbit them, the activity on their surfaces and beyond, these two are very much distinct entities and operate very uniquely as a whole.