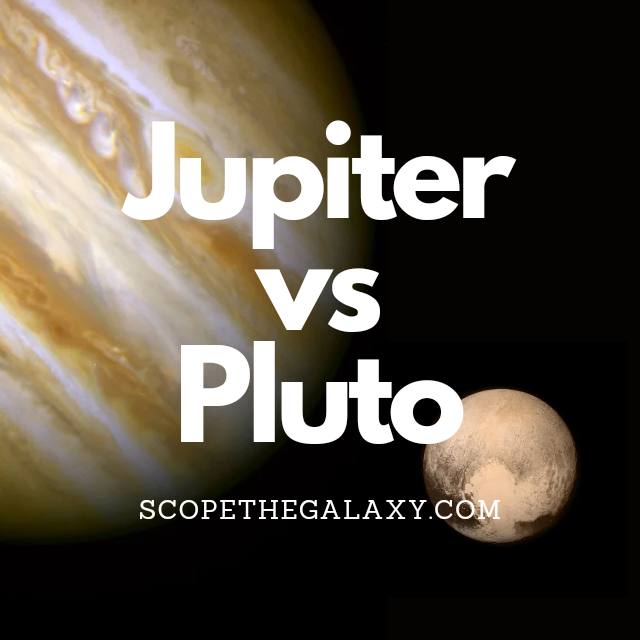 There are a variety of other differences between the two so, continue reading if you want a more thorough breakdown of what these differences are.

Jupiter is the 5th farthest planet from the Sun and the largest planet within our local solar system. The planets most recognisable trait is the giant red spot visible on its atmosphere along with the brown horizontal bands flowing across its atmosphere.

Similarities Between Jupiter And Pluto

Jupiter and Pluto have a few similarities, some of which include the below:

Differences Between Jupiter And Pluto

Pluto and Jupiter are quite literally worlds apart from one another whether it be their composition, their size, temperature, magnetic field strength and beyond.

Although similar in a few ways, one isn’t an official planet anymore whilst the other is sometimes even compared to brown dwarfs, which is a star (even if it is a failed one at that). All in all both planets are very different and operate distinctly from one another and all of this has been covered in quite some detail throughout this article.

1 thought on “Jupiter vs Pluto (How Are They Different?)”