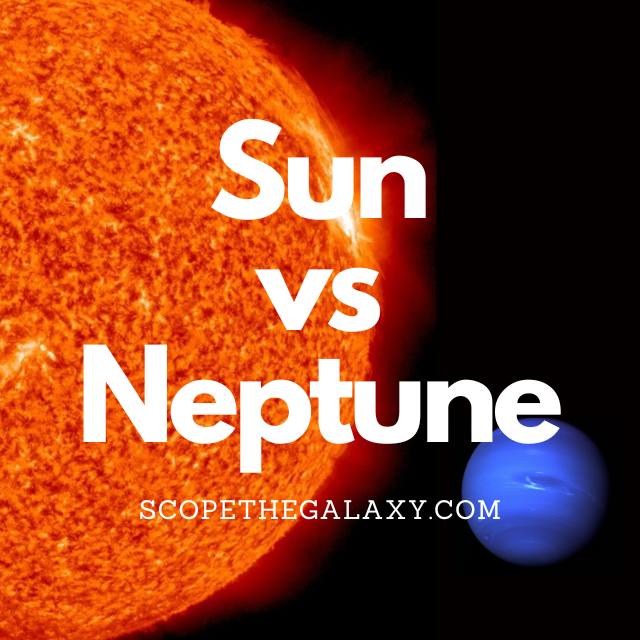 Neptune is the 8th farthest planet from the Sun, is blue in color and very cold whereas the Sun is the star at the center of the solar system that Neptune orbits, produces the energy we receive and has a gravitational force so strong that multiple celestial objects orbit it. Both entities may be made of mostly gas however, they operate very differently from one another.

For a more detailed breakdown of the similarities, differences and how each one of these celestial objects function, continue reading.

Similarities Between The Sun And Neptune

Neptune and the dun do have a few similarities between them where both are composed mostly of hydrogen and helium, both have far hotter core, both are spherical in shape and are part of the same solar system.

Other than these few commonalities, our Sun and Neptune are very different from one another.

Differences Between The Sun And Neptune

As for the differences between them, they include the following:

Neptune is the farthest official planet in our solar system whereas the Sun is what allows our solar system to function, whether it be orbital patterns of those orbiting it, the axial rotation of a planet, the temperature of the objects orbiting it as well as their life and death.

As a whole both entities here differ significantly from each other despite their very close proximity and the odd few similarities. This makes a ton of sense when you consider one is a scorching hot star and the other a planet.