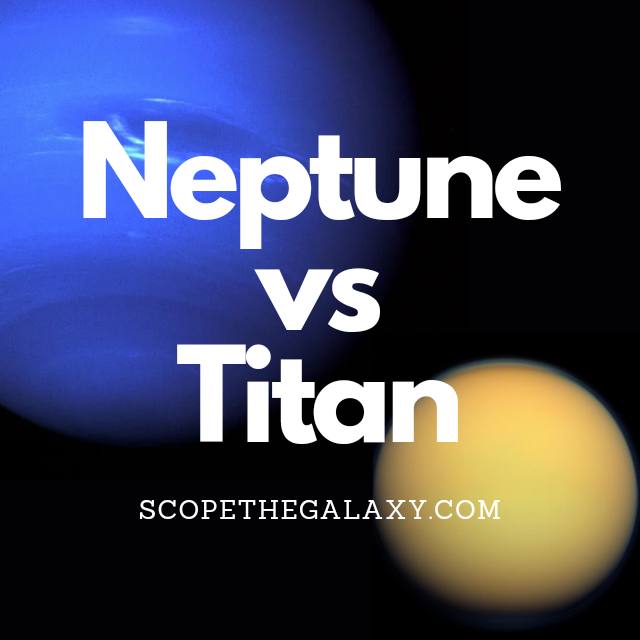 The main differences between Titan and Neptune is that Neptune is a ice based gas giant that is just under 10 times larger than Titan in a diameter, It only orbits the Sun whilst Titan orbits Saturn, Neptune is an official planet whilst Titan is a natural satellite however, Titan is the only other celestial body in our solar system with a water cycle similar to that of Earth which Neptune does not showcase.

There are numerous other differences between the two so, continue reading if you want a more detailed breakdown of Neptune and Titan along with some of their similar and different features.

How Are Neptune And Titan Similar?

Neptune and Titan don’t share too many common features but there are the odd few they do share, which includes the below:

Differences Between Neptune And Titan

In regards to the differences between the two, they would include the following.

Titan and Neptune are very different from one another even if both are part of the same solar system.

Whether it be in regards to their size, temperature, composition, density, their water cycles and more, it is obvious that the two are worlds apart in their functionality and their ultimate purpose within our solar system.