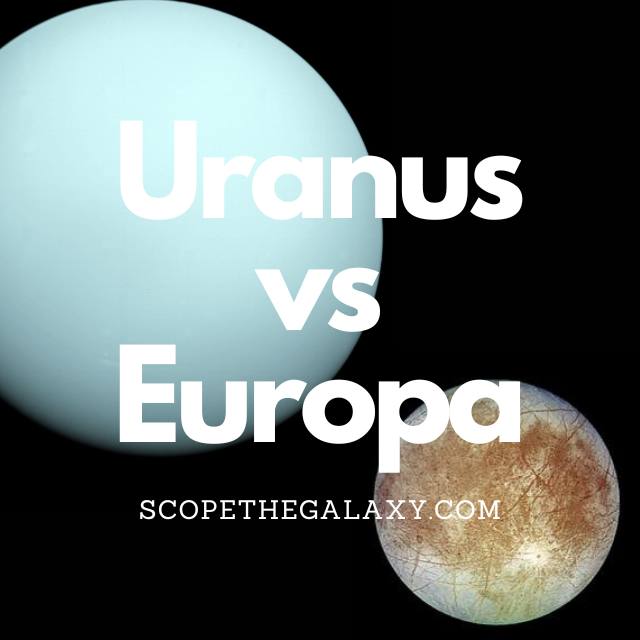 There are numerous other differences between the two so continue reading for a more thorough breakdown of each celestial body below.

What Is The Moon And Europa?

Similarities Between Uranus And Europa

Uranus and Europa don’t have too many similarities but some elements are still shared, which in this case includes the below:

Differences Between Uranus And Europa

Although both are part of the same solar system, Uranus and Europa are evidently very different from one another.

Whether it be in regards to their size, mass, composition, and how they function Uranus and Europa are vey distinct entities and are worlds apart when it comes to their overall purpose within our solar system.