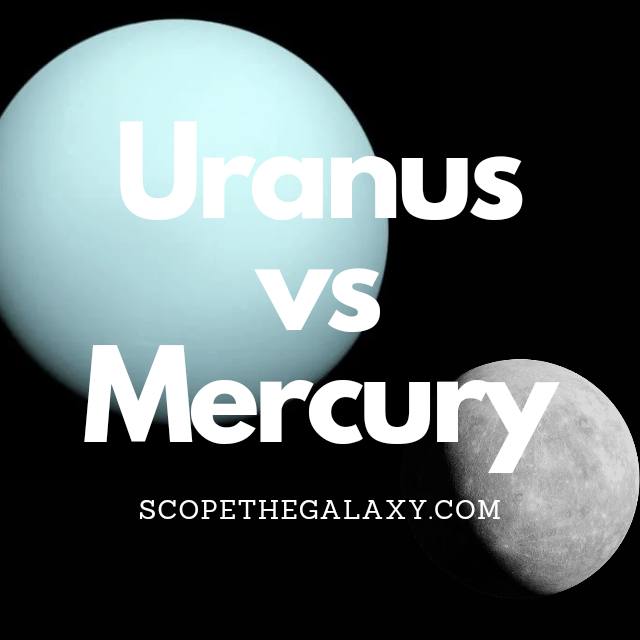 The main differences between Uranus and Mercury is that the former is gas based ice giant that is the 7th farthest planet from the Sun, has 27 moons, has an axial tilt of 98 degrees which means that it is practically on its side whereas Mercury is a rocky terrestrial planet, that is closest to the Sun, has no moons and, has a practically straight axial tilt of 2 degrees.

For a more in depth look at both these planets along with the differences and similarities, continue reading.

How Are Uranus And Mercury Similar?

Uranus and Mercury do not have too much in common but, there are still some common features, some of which include the following:

Differences Between Uranus And Mercury

Mercury and Uranus are part of the same solar system and do orbit the same star however, they differ in more ways than they are similar, whether it be the differences in temperature, size, the strength of the magnetic and gravitational fields along with their general composition.

That’s why even if both planets reside close to each other, they aren’t all that similar.