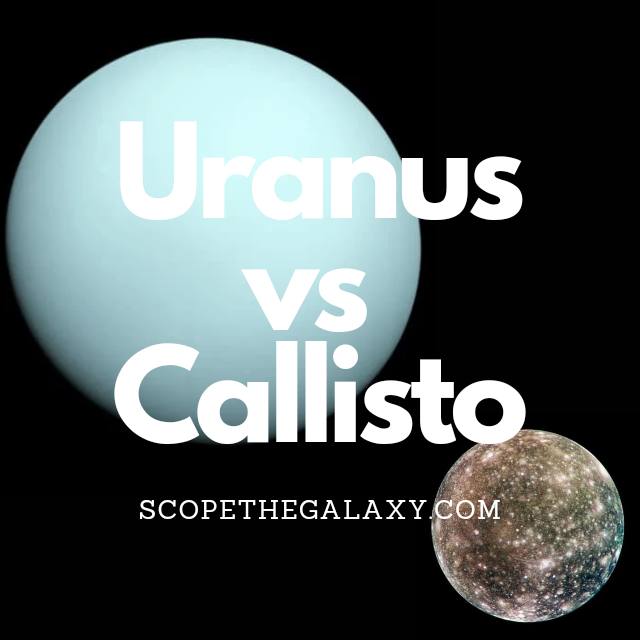 There are a variety of other differences between the two so, continue reading for a more detailed look at each celestial body along with an in-depth breakdown of their similarities and differences.

How Are Uranus And Callisto Similar?

Uranus and Callisto do share a few similar features, which in this case includes the following:

Differences Between Uranus And Callisto

Uranus and Callisto do have the odd few commonalities such as the fact both are part of the same solar system, orbit another object larger than them and have a hotter centralised core but, their differences definetly outweigh their similarities.

Whether it be in regards to the length of their days, mass, size, orbital cycle, their physical composition and simply how they function, the two are worlds apart.