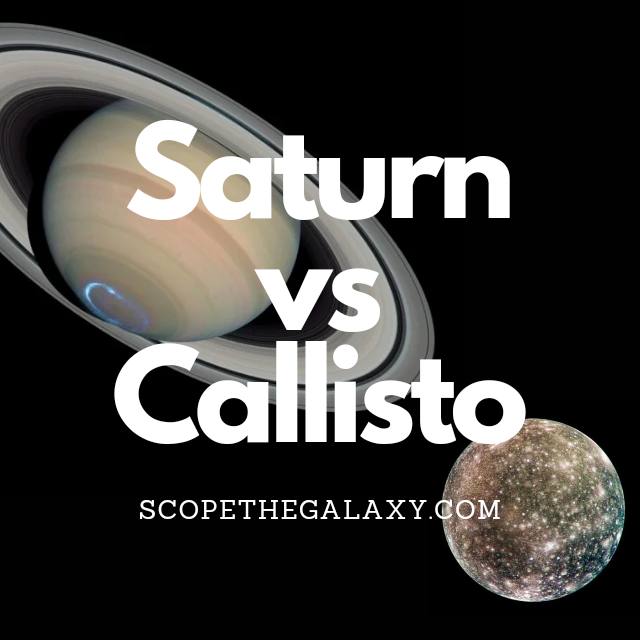 The main differences between Saturn and Callisto would be that Saturn is the second largest gas giant in our solar system and has 82 moon orbiting it whilst Callisto is the 3rd largest moon in our solar system and has no other entities orbiting it and Callisto is recognized most by its heavily cratered body whilst it is recognized most by its yellow hue and clearly visible rings that surround it.

There are numerous other differences between the two so, continue reading for a more detailed look at each celestial body below along with a breakdown of their similarities and differences.

How Are Saturn And Callisto Similar?

There are a few similarities that Saturn and Callisto share, which in this case includes the following:

Differences Between Saturn And Callisto

Although both entities are part of the same solar system and even if Callisto does orbit another gas giant, namely Jupiter, there isn’t very much that these celestial bodies have in common.

Whether it be in regards to their size, mass, physical composition, length of day and beyond, Saturn and Callisto are just designed to function very differently from one another.