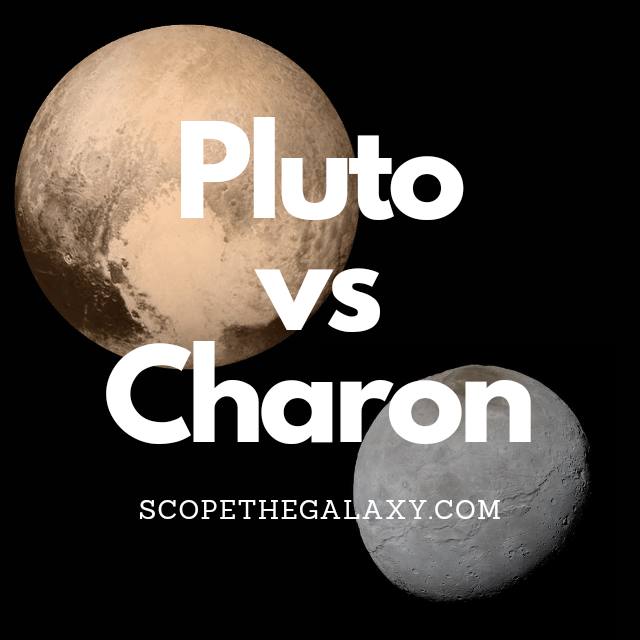 There are a few other differences between the two so, continue reading for a thorough look at each entity below, along with their similarities and differences.

Similarities Between Pluto And Charon

Charon and Pluto do have a few similar features, which would include the below:

Differences Between Pluto And Charon

Pluto and Charon have a lot in common as they are both located in the same region, are tidally locked to each other and also elliptically orbit their respective entities.

There are also obvious differences that completely separate the two too such as their size, mass, their axial tilt, composition of their atmosphere and their overall status where one is a dwarf planet and the other a natural satellite.

1 thought on “Pluto vs Charon (How Are They Different?)”