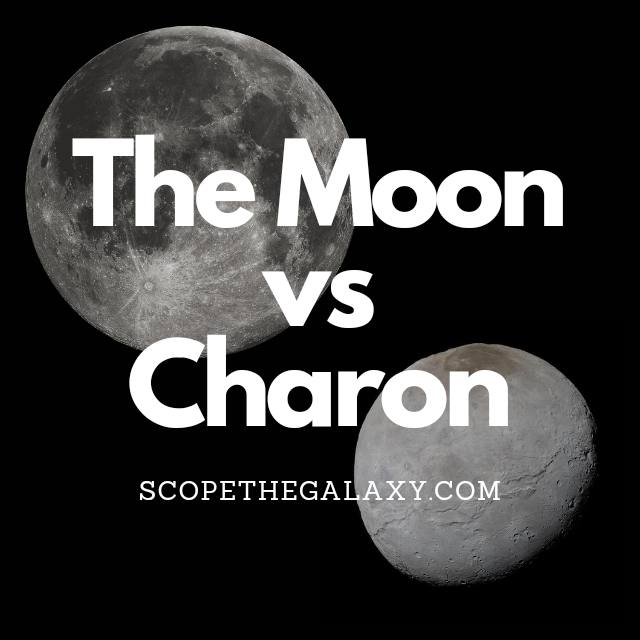 There are other differences between these two natural satellites too, so continue reading for a more detailed look at each entity below along with their similarities and differences.

How Are The Moon And Charon Similar?

As both are natural satellites, the Moon and Charon do share a few similarities, which in this case includes the following:

Differences Between The Moon And Charon

The Moon and Charon are very similar in a variety of ways, especially taking into account both orbit other planets, have terrestrial physical compositions, are tidally locked to their respective planets and more.

But, there are also a variety of distinct differences between the two as well, whether it be in regards to mass, size, their temperatures, density and more.