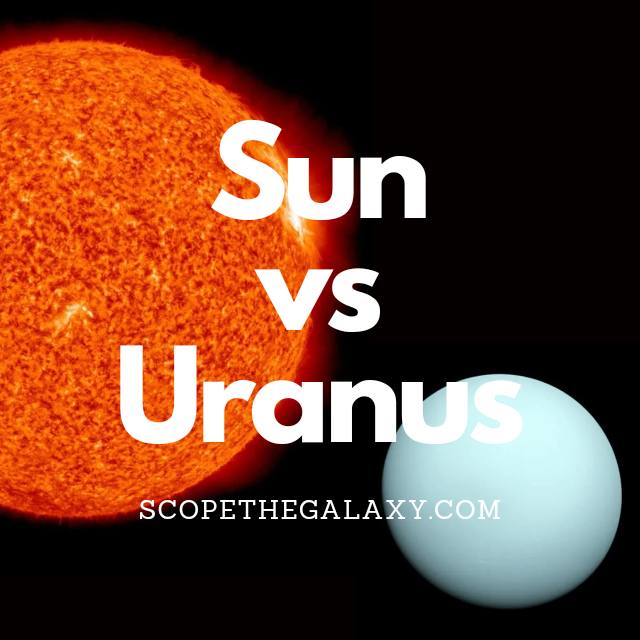 The main differences between the Sun and Uranus is that the former is a yellow main sequence star at the center of the solar system that Uranus orbits around and produces energy for the entities around it whilst Uranus is an ice giant that is the 7th farthest planet from the Sun that has spins on a 98 degree axial tilt, has 27 moons and is far colder than the Sun.

There are a plethora of other differences between these two entities as they are very different celestial objects after all so, continue reading if you want a more thorough breakdown of the similarities and differences between both the Sun and Uranus.

Similarities Between The Sun And Uranus

Uranus and the Sun don’t have too many commonalities but there are a few that can be observed. Firstly, both are composed of hydrogen and helium, both have a core significantly hotter than their surface, both are part of the same solar system and lastly, both are spherical in shape.

Other than these core similarities, you’ll definitely notice a lot more differences between the two if you dig deeper into the subject.

Differences Between The Sun And Uranus

In regards to the differences between the Sun and Uranus, they include the following.

Uranus and the Sun fall under completely different brackets for celestial objects, where one is a star that supports life around it and the other is an ice based planet that is far less practical but, is a very interesting entity to observe.

From the temperature, size, influence on its surrounding and even their composition, both of these celestial bodies are very different from one another, even if they can are part of the same solar system.