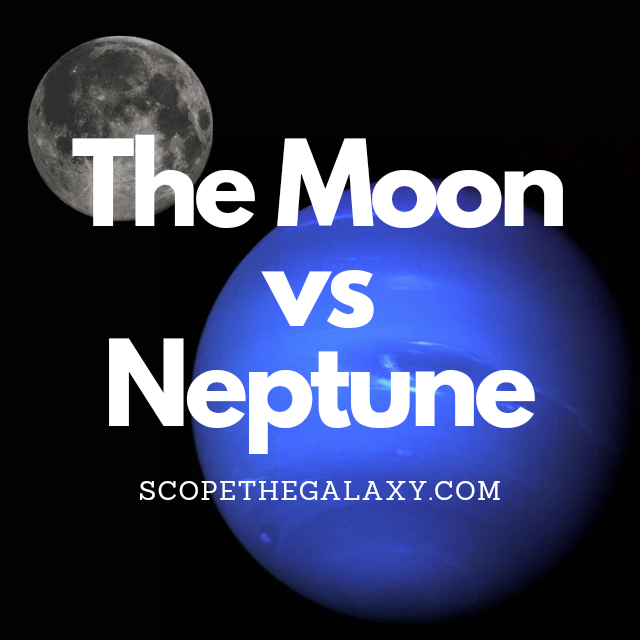 Similarities Between The Moon And Neptune

Neptune and the Moon don’t have too many similarities but some elements are still shared, which in this case includes the below:

Differences Between The Moon And Neptune

Neptune is a gas based ice giant whilst the Moon is terrestrial natural satellite that orbits Earth. They differ in numerous ways whether it be their atmosphere and weather, their overall size, temperature and how they affect their surroundings.

As a result, despite being located in the same solar system, our Moon and Neptune function very differently form one another