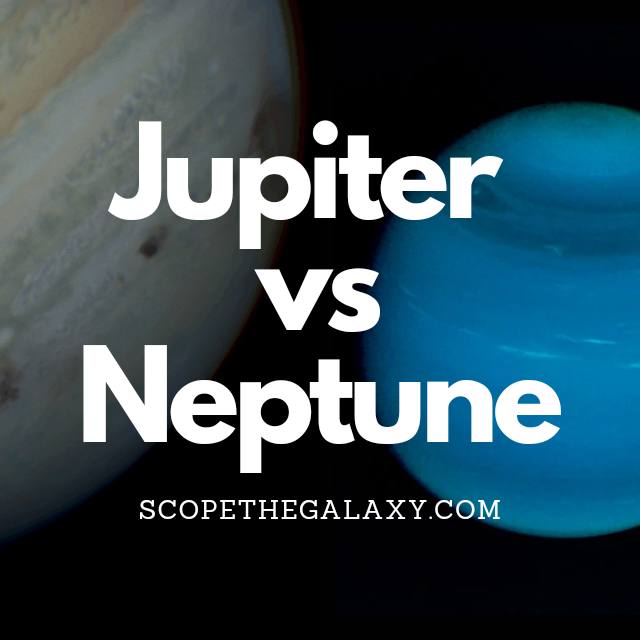 There are a variety of other differences between Jupiter and Neptune so continue reading for a more thorough breakdown on both of these celestial bodies.

Due to its extreme circumstances, gaseous composition and distance from the Sun, the planet is not theoretically capable to support life, from its subzero temperature to the extremely fast 640 kmph winds, and its gravity which may be unsustainable for our bones, roughly 2.4 times greater than Earth’s.

How Are Jupiter And Neptune Similar

There are a fair few similarities between Jupiter and Neptune although they are more different than similar. Below I’ll be going over the various similarities these two planets have:

Differences Between Jupiter And Neptune

As for the differences between the two, they would include the following:

Neptune is the bluest and coldest planet in our solar system whilst Jupiter is the biggest and heaviest planet within it. As a result of its size,  Jupiter does have a far stronger gravitational pull and magnetic field although Neptune is the denser of the two giants.

As a whole both planets have a many similarities but they are certainly more different than they are similar.