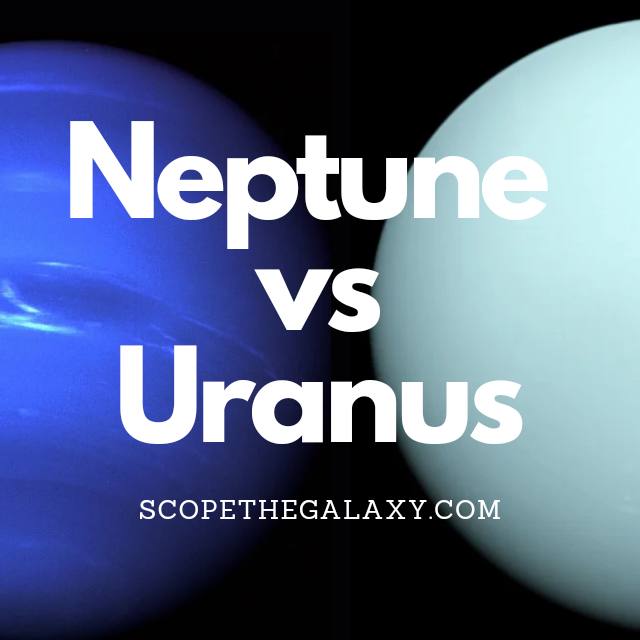 Neptune and Uranus are often compared to one another due to their similarities in composition and due to both falling under the ice giant moniker, however, they still very different when you take into account a number of their other features.

These are some of the core differences but, it doesn’t cover all of them so, for a more thorough breakdown of the similarities and differences between the two, continue reading.

How Are Neptune And Uranus Similar?

Uranus and Neptune are similar in a variety of ways, some of which include below:

Differences Between Neptune And Uranus

As for the differences, they would include following:

Both planets at blue, similar in size and even in composition when you take into account the abundance of methane in their atmosphere and the blue look however, they clearly have their fair share of differences too.

Whether it be their discrepancies in axial tilt, the number of moons that orbit them or their erratic wind temperatures, If everything is taken into account, there are vast number of distinct feature that still separate the two.