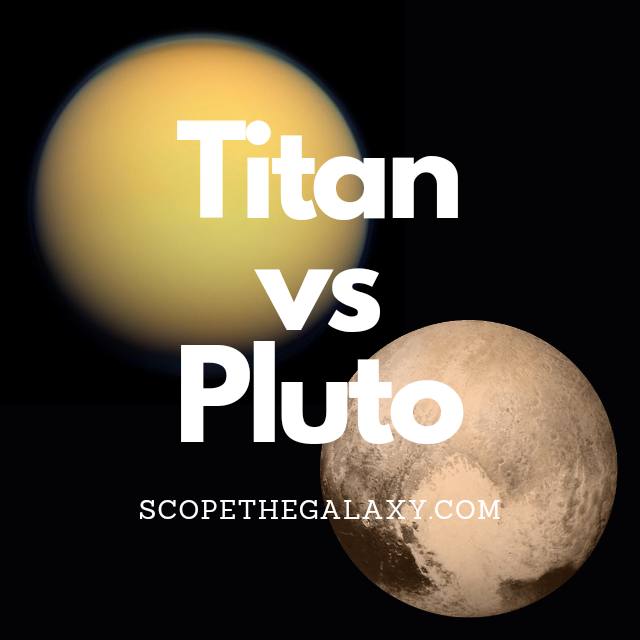 The main differences between Titan and Pluto is that Pluto is a dwarf planet with a diameter of 2,370km with 5 moons orbiting it whilst Titan is the 2nd largest moon in our solar system that orbits Saturn, is more than twice Pluto’s size with a diameter of 5,150km and has a surface brimming with water as it follows a water cycle similar to Earth’s.

There are numerous other differences and the odd few similarities between these two celestial objects so, continue reading for a more thorough breakdown of each entity below.

What Is The Dwarf Planet Pluto?

Similarities Between Titan And Pluto

Titan and Pluto do have a few similar features, which would include the below:

Differences Between Titan And Pluto

In regards to the differences, they would be the following:

Although Titan is a natural satellite and Pluto is a dwarf planet despite being less than half Titan’s size, they do still share a decent number of similar features, such as their terrestrial nature, being tidally locked to another object and orbiting their parent entity in an elliptical pattern.

That being said, they also have a variety of differences too, whether it be their temperature, the number of entities that orbit them, their distance from the Sun, the length of their day and beyond. As a result both are clearly distinguishable.