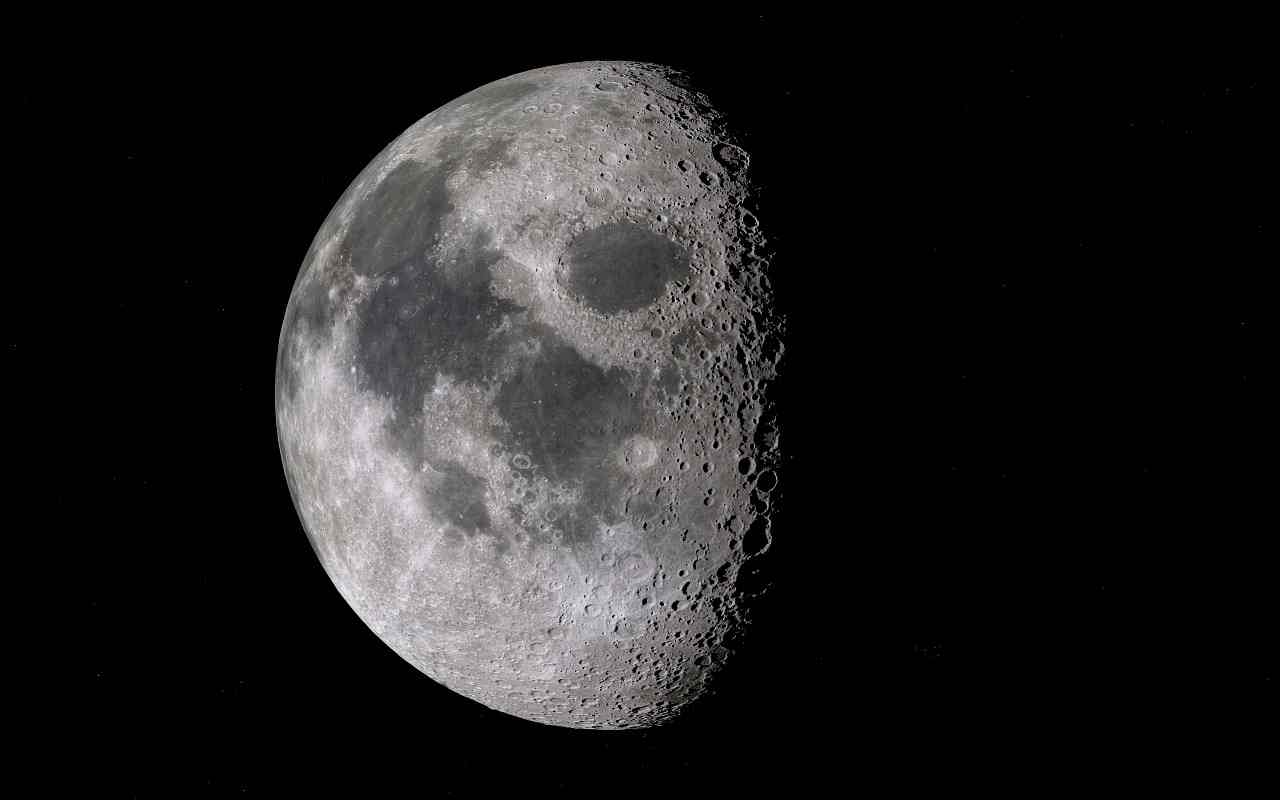 The moon is one of the only celestial objects outside the Earth’s atmosphere that is clearly visible everyday, this is of course if clouds aren’t in the way. Therefore when it is a cloudless clear night we’re able to see shadowy crevices on its surface, aka its craters.

As for how many craters are on the moon, this can be broken down into multiple different sizes. First of all the larger craters ranging within the 20km+ size amount to 5185 known craters. Smaller sized craters are harder to calculate but, scientists estimate there could be roughly 180, 000 craters larger than 1km on the moon.

If we’re looking at even smaller craters down to the 10m range, it is genuinely very hard to gauge this number but, a good estimate from astronomy scientist would suggest there are possibly anywhere from a few hundred million to a billion craters in total…

Why Does The Moon Have Craters?

The main reason why the moon has so many craters is due to its lack of atmosphere, which would slow down asteroids if it was there along the lack of geological activity from volcanoes, water and vegetation on the moon.

If this was present on the Moon, craters would eventually be filled up as is the case on Earth and in.

This lack of an atmosphere is also the main reason Mercury has a bunch of craters on its surface and the much weaker atmosphere also shows why Mars has hundreds of thousands of craters too.

All craters are meant to be placed under the Lunar Crater Categorisation (LCA) which I’ll briefly explain below.

These broad characteristics were formed in 1978 by Chuck Wood and Leif Andersson and it includes the following guidelines :

Although this categorisation doesn’t necessarily cover every crater categorisation, it does still more or less outline 99% of all craters found on the lunar surface.

What Are The Largest Craters On The Moon?

The moon as I’ve already stated above has over 5000 craters over the size of 20km so, it goes without saying that there are a lot of large craters on the moon.

However, this doesn’t quite paint the full picture behind the largest impact crater on the moon, which is astronomically big and even considered to be among the largest we’ve observed within our solar system.

As for some of the other larger craters on the Moon the second largest crater is Imbrium which is 1146km wide and has max depth of 12km.

The Oldest Known Crater On The Moon

The oldest known crater is Bailly and it can be found at the South Side of the moon. As I’ve already mentioned above, it’s also one of the larger impact craters we’ve observed too.

As for how we can tell if a crater is older or younger, it is usually determined by the number of other craters formed inside them and around its outer edges.

Older ones tend to have far more wear and tear around its outer edges and inside so, it does make it fairly easy to distinguish newer and older impacts.

Then again considering the moon is over 4.5 billion years and scientists believe certain craters can potentially be in the region of 2 billion+ years old (particularly the SPA basin and those inside it) it’s not necessarily easy to concretely state what the oldest crater on the lunar surface is.

How Are The Moon’s Craters Named?

This may not be the most interesting thing you’d want to know but, I’m sure of you reading will be somewhat intrigued.

First of all a lot the craters on the moon are named after astronauts. Check out this list if you want to know the names of the astronauts that the lunar craters were named after.

After the initial crater is named, it may be called Copernicus, craters around its vicinity (aka chained craters) will generally be called for example Copernicus A, Copernicus B, Copernicus C and so on. In essence chained lunar craters are named after the main crater near it.

How Often Do Meteorites Hit The Moon To Create More Craters? 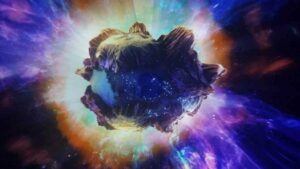 Meteorites actually tend to hit the moon all the time but, generally they’re way too small to notice. Scientists estimate that the moon gets hit with roughly 2800kg worth of meteorites everyday.

Of course occasionally some meteorites will be big enough to be observable too. One of the more recent ones that was observed appeared to hit the the moon in January 2019 during its eclipse. Scientists estimated that the rock weighed in at roughly 45kg and was roughly 30 – 60 cm wide.

Due the space rock travelling at over 38k mph, the impact crater it created was estimated to be around 10 – 15m (check this article for more details)

Now when you consider how massive an asteroid must have been to produce craters of the 20km+ range, it really puts into perspective how crazy it is that the moon has over 5000+ of them.

How To Observe The Craters On The Moon 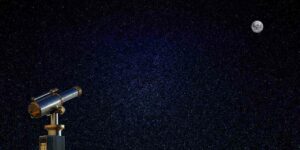 Because the moon is very close to us, observing some of its larger craters will be doable, whether it be through using smaller telescopes or even a pair of binoculars.

A 7 x 50 pair of binoculars should allow you to observe the terrain and some of the larger craters on the moon whilst a small telescope around the 100mm range (like a zhumell Z100 for example) should be more than sufficient to observe the moon and even some of its more crater filled areas, provided you have an eyepiece that allows you to bring out a good portion of your telescopes power.

Furthermore, in order to view the moon in all conditions including when it’s at its brightest during the full moon, it’s definitely worth purchasing a moon filter to place on the eyepiece of a telescope for the best outcome.

Now you know that the Moon has a ton of craters on it with new smaller ones essentially being created on daily basis. So it shouldn’t come as a surprise that over its 4 billion year life cycle this massive grey celestial object orbiting our Earth could have between a few hundred million and billion craters on its surface.

If there’s anything else you’d like for us to answer regarding craters or astronomy in general, don’t be afraid to comment these questions down below!