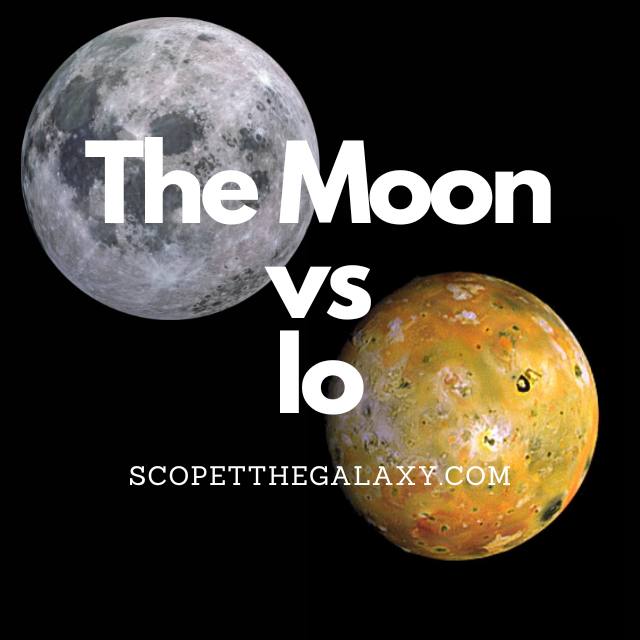 The main differences between the Moon and Io is that the Moon is Earth’s only moon whilst Io is a Galilean moon and 1 out of 79 moons that orbit Jupiter, The moon is the 5th largest natural satellite in our solar system with a diameter of 3,474.8km whilst Io is 4th with a diameter of 3,643km and Io is the most volcanically active entities in our solar system whilst the Moon has no volcanic activity.

There are numerous other differences between the two so, continue reading for amore detailed look at each of these celestial bodies along with their similarities and differences below.

Similarities Between The Moon And Io

As both are natural satellites, the Moon and Io do share a few similarities, which in this case includes the following:

Differences Between The Moon And Io

As for the differences between the two, they would include the below.

Although the Moon and Io are amongst the largest and densest moons in our solar system, there are a number of core features that really separate the two,

Whether it be in regards to their surface activity where Io is know for being the most volcanically active natural satellite to the temperature differences and heavily cratered surface of the Moon, the planets they orbit and gravitational strength, the two ultimately operate distinctly from one another.