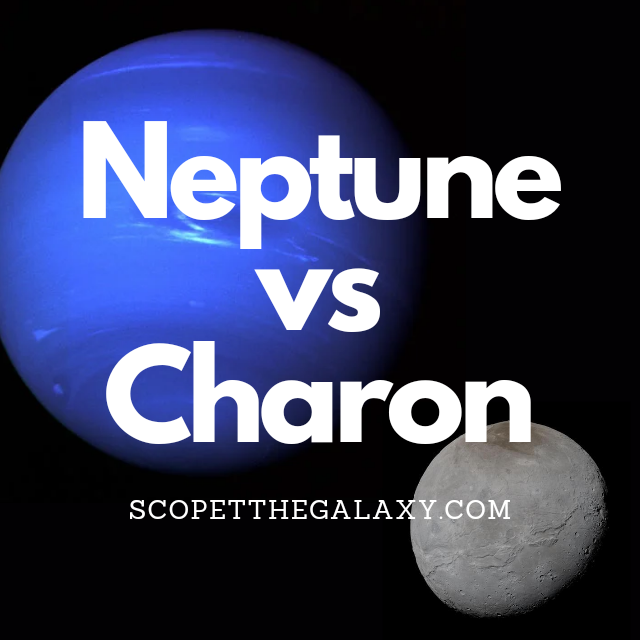 The main differences between Neptune and Charon is that Neptune is a gas based ice giant whilst Charon is Pluto’s largest moon, Neptune has 14 moons surrounding it whilst Charon has 0 and Neptune has the fastest winds in our solar system at 2,000 km/h whilst Charon’s extremely thin atmosphere means wind is practically non-existent on the moon.

There are numerous other differences between the two so, continue reading for a more detailed look at each celestial body along with their similarities and differences below.

Similarities Between Neptune And Charon

Neptune and Charon do share the odd few similar features, which in this case would include the following:

Differences Between Neptune And Charon

Although Neptune and Charon are part of the same solar system, the two are still incomparable in their overall functions within their local regions.

Whether it be in regards to their size, mass, physical composition, length of day, temperatures and their overall function within the solar system so, as a result Neptune and Charon are worlds apart when you breakdown exactly how they operate.