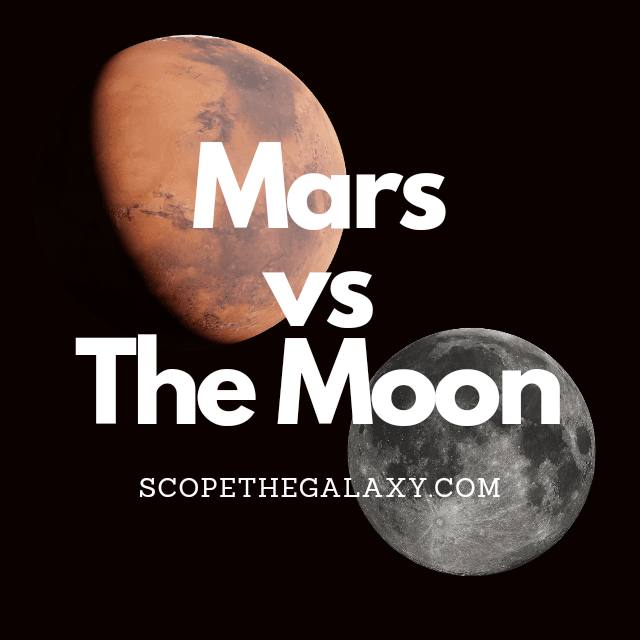 This is as a result of the lunar entity’s extremely thin to practically non-existent atmosphere, which not only results in these massive temeprature shifts bu,t is also the reason why it has over 100,000 craters on its surface.

Despite all the advancements in technology, the last time a manned mission was made to the Moon was on the Apollo 17 way back in Decemeber 1972 and no further missons have been done since, possibly as result of the polictial agendas behind the numerous countries vying for oppurtunties that we don’t know of.

Similarities Between Mars and The Moon

Mars and the Moon do have some similarities between them despite the numerous other differences. These common features would include the following:

Differences Between Mars And The Moon

As for the differences, they would include the below:

Mars and the Moon are different in a huge number of ways, whether it be their temperature difference, differences in size, atmosphere, how they function and beyond.

Therefore, despite the terrestrial composition of both of these celestial entities, the Moon and Mars function very differently from one another, specifically when it comes to what they orbit and what their potential is for supporting life.