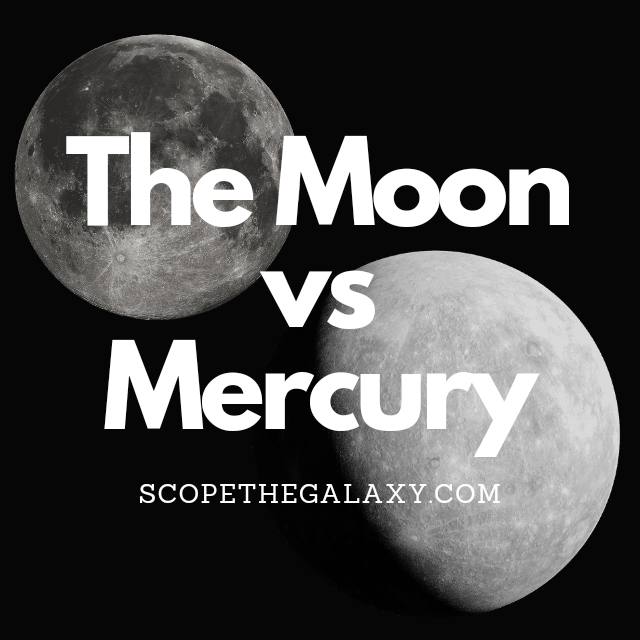 The main differences between the Moon and Mercury is that the moon is a natural satellite that orbits another planet whilst Mercury is a terrestrial planet that only orbits the Sun, Mercury is the bigger of the two with a diameter of 4,879km compared to the Moon’s 3,474.8km and Mercury is naturally hotter considering it is the closest planet to the Sun averaging 167°C whereas the Moon’s peak is only 127°C in comparison.

There are numerous other differences between The Moon and Mercury so, continue reading for a more thorough breakdown of these differences below.

How Are The Moon And Mercury Similar?

The Moon and Mercury do have a few similarities, which in this case includes the following:

Differences Between The Moon And Mercury

Mercury may share some similarities with the Moon such as their extremely thin atmosphere, lack of other objects orbiting them and their general composition but, these similarities don’t mean too much.

This is because .Mercury is one of the 8 main line planets in our solar system and the other one of 200+  natural satellite that orbits another planet. Mercury is also bigger, hotter and the older of the two too so despite their similarities, they are very different when it comes to how they function and operate within our solar system.