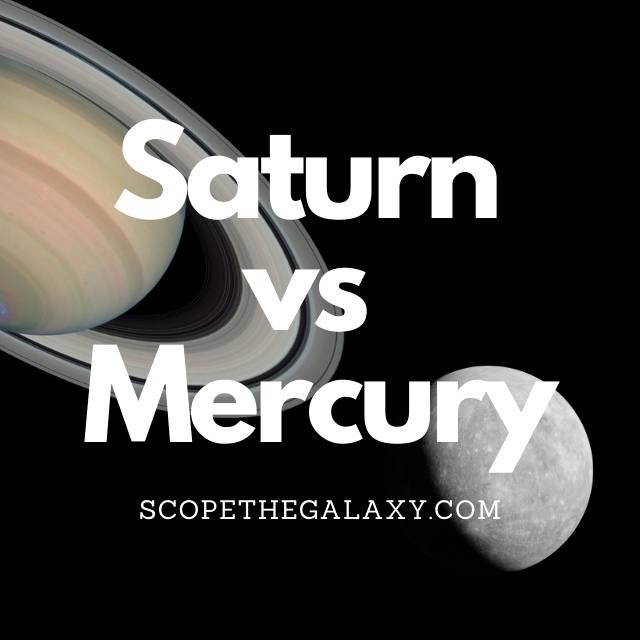 The main differences between Saturn and Mercury is that Saturn is a yellow ringed gas giant more than 50 times the diameter of Mercury, that has 82 moons whilst also being the 6th farthest planet from the Sun whilst Mercury is a terrestrial planet with no moons and the planet closest in proximity to the Sun.

Similarities Between Saturn And Mercury

Saturn and Mercury don’t have too many common features between them but, there are the odd few that can be pointed out, some of which include the below:

Differences Between Saturn And Mercury

As for the differences between Saturn and Mercury, they include the following:

Saturn and Mercury differ quite significantly from one another, whether it be their temperature, size, composition, their magnetic field strength, gravitational field strength, the length of their days and beyond.

Yes, they are part of the same solar system and in turn orbit the same star, the Sun, however, despite these odd few similarities Mercury and Saturn have they are literally worlds apart in regards to how differently they function.