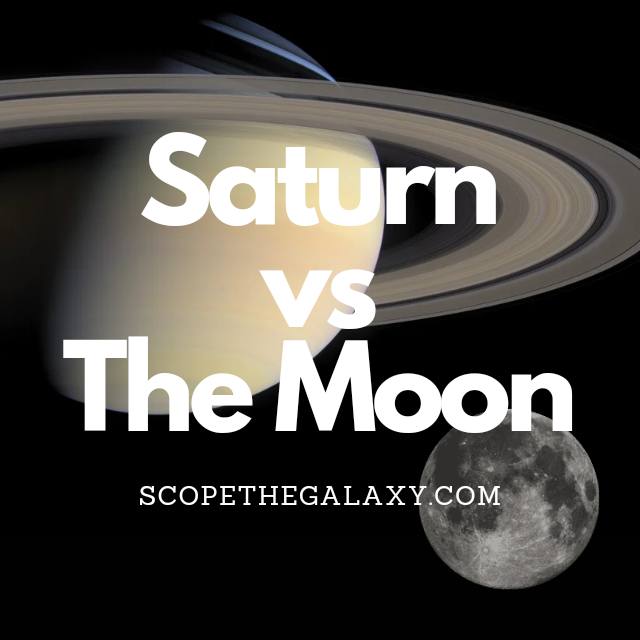 How Is Saturn And The Moon Similar?

Saturn and the Moon don’t have too many similarities but some elements are still shared, which in this case includes the below:

Differences Between Saturn And The Moon

As for their differences, they include the following:

Saturn is a gas giant whilst the Moon a natural satellite that orbits the Earth. Saturn by contrast has 82 of its own natural satellites and is composed of gas form as opposed to the solid rocky exterior of terrestrial entities like the Moon.