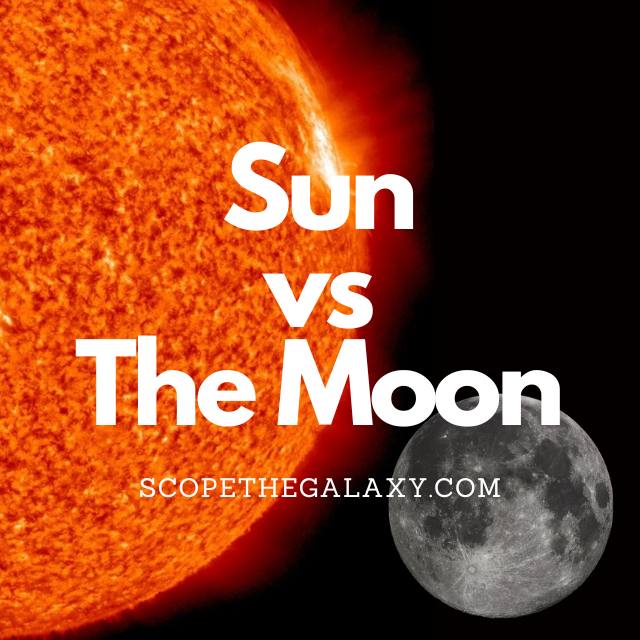 There are numerous other differences between the Sun and Moon so, continue reading for a more in-depth look at each celestial objects, their similarities as well as there differences below.

Similarities Between The Sun And Moon

Although the Sun and Moon don’t have too many similarities, there still are a few features they do share, which in this case includes the following:

Differences Between The Sun And Moon

The Sun and Moon are completely different entities. One is a giant ball of flames and energy in the center of the solar system whilst the other is a rocky natural satellite that orbits Earth.

The differences in size, temperature, effect on other entities and even composition show dissimilar they are to each other and is the reason why the fall under completely different brackets within the cosmos.