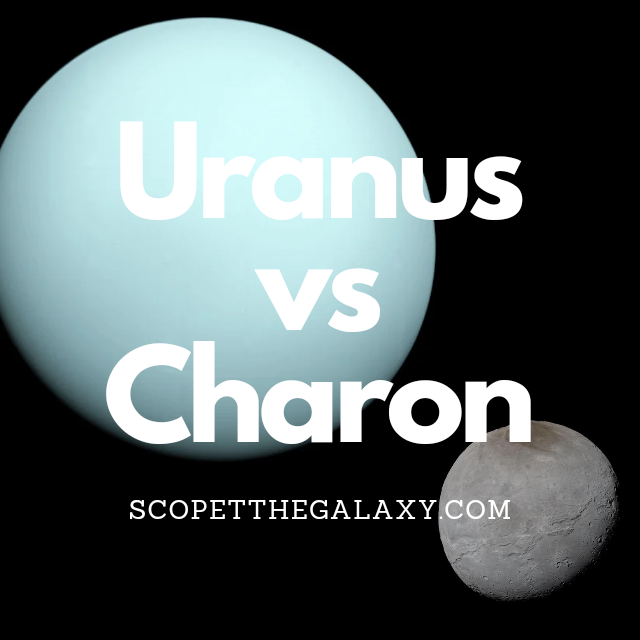 The main differences between Uranus and Charon is that Uranus is an ice based gas giant and the 3rd largest planet in the solar system with a diameter of 50,724km whereas Charon is Pluto’s largest moon with a diameter of 1,212km, Uranus has 27 moon whilst Charon has 0 and Charon is a low density terrestrial based entity whilst Uranus is gas based, composed of hydrogen, helium and methane.

There are various other differences between these two so, continue reading for a more detailed look at each of these celestial bodies along with their similarities below.

Similarities Between Charon And Uranus

There are a few similarities that Uranus and Charon share, which in this case includes the following:

Differences Between Charon And Uranus

Even if Uranus and Charon are part of the same solar system, the two are ultimately designed to function very differently from one another.

Whether it be in regards to Uranus being an ice based gas giant whilst Charon is a low density natural satellite, their distances from the Sun, temeprature differences and more, Uranus and Charon are worlds apart in regards to how they function as a whole