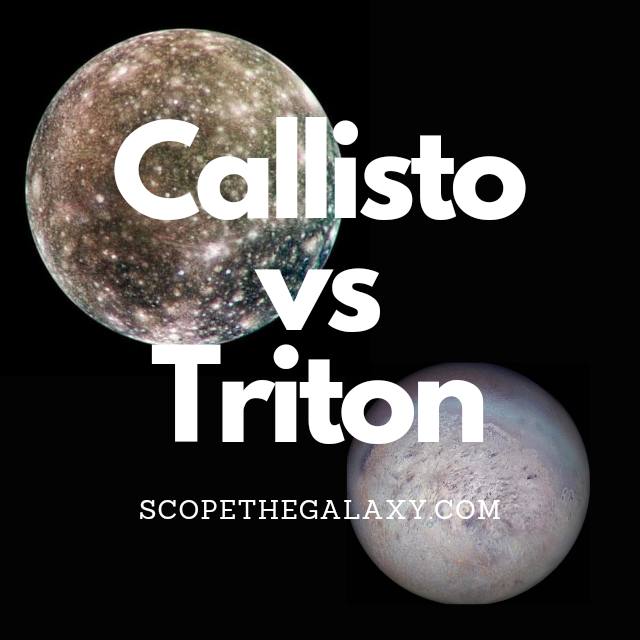 The main differences between Callisto and Triton are that Callisto is bigger with a diameter of 4,280.6km whilst Triton’s diameter is 2,706km, Callisto is amongst the most cratered moons in the solar system, Triton orbit Neptune whilst Callisto orbits Jupiter and Triton orbits Neptune in a retrograde motion whilst Callisto’s orbital motion is counterclockwise like the other celestial objects in our solar system follow.

For a more detailed look at each of these celestial bodies along with their similarities and differences, continue reading as it will be discussed more thoroughly below.

How Are Triton And Callisto Similar?

As both are natural satellites, Triton and Callisto do share a few similarities, which include the following:

Differences Between Triton And Callisto

In regards to the differences that the two have, they include the below:

Even though Callisto and Triton are both natural staellites and have their fair share of common features, they do still have some very defining attributes that really differentiate the two.

Like for example Triton’s retrograde orbit and Callisto’s heavily cratered surface that makes both moons very disticnt when observed side by side.