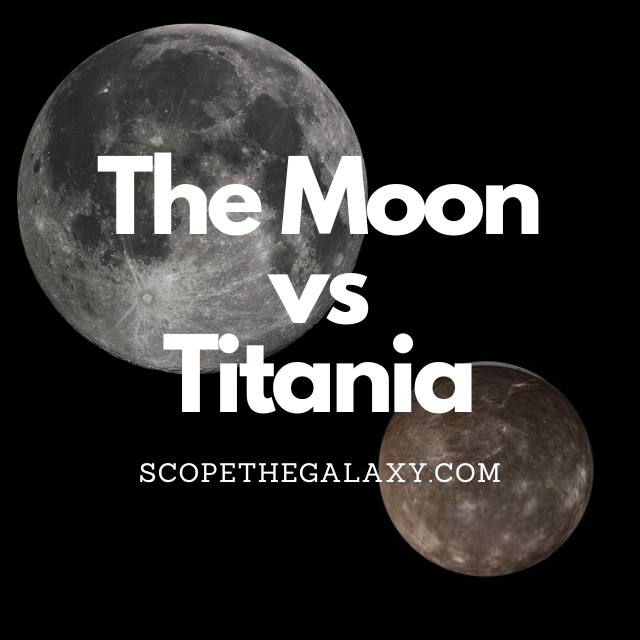 The main differences between the Moon and Titania is that the Moon is bigger with a diameter of 3,474.8km while Titania’s diameter is 1,576.8km, Titania orbits Uranus while the Moon orbits Earth and Titania may water under its surface is far likely to have any.

For a more detailed breakdown of the Moon and Titania along with their similarities and differences, continue reading as it will be delved into in more depth below.

Similarities Between The Moon And Titania

As both are natural satellites, the Moon and Titania do share a few similarities, which includes the following:

Differences Between The Moon And Titania

As for their differences, they include the below:

The Moon and Titania are both natural satellites that orbit a planet and are terrestrial, low density floating spherical rocks but, there are still numerous differences between the two.

Whether it be in regards to mass, size, orbital periods, distance from their planets and more, so despite the numerous similar features these two share, they are still easy to tell apart due to their distinguishable features.