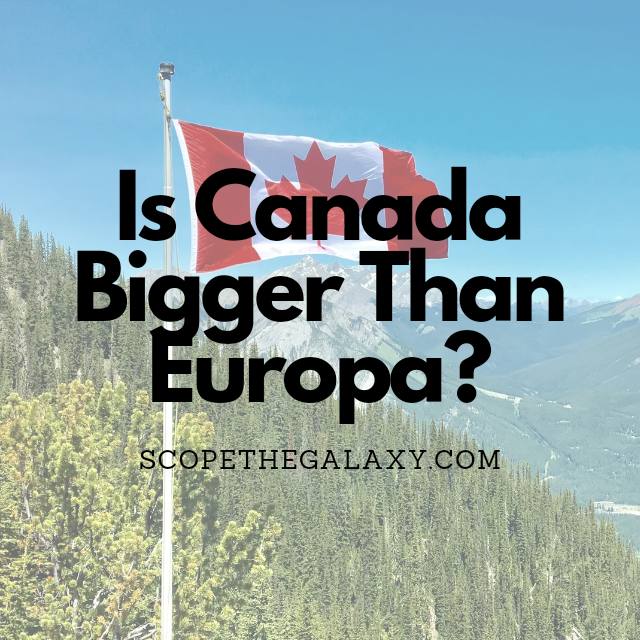 For a more thorough breakdown of what makes both bodies as big as they are, continue reading as it will be covered in more detail below.

Although Canada is the second largest country on Earth, it simply does not hold up to Europa’s overall size. The only area in which it does exceed Europa is in diameter where it is roughly 2,000km larger however, every where else it falls short.

This is because Europa is roughly 3 times larger in surface area and roughly 45 times Canada’s volume, all of which makes sense considering Europa is a spherical body while Canada is a flat land mass.