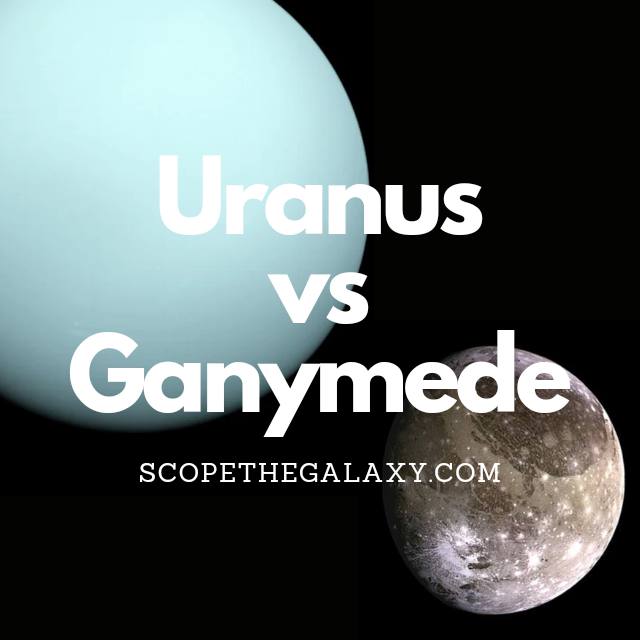 There are numerous other differences between these two entities so continue reading for a more detailed look at each ceslstial body, along with their similarities and differences below.

Similarities Between Uranus And Ganymede

Uranus and Ganymede do share the odd few similar features, which in this case would include the following:

Differences Between Uranus And Ganymede

In regards to the differences, they include the below:

Other than being a part of the same solar system, having a magetosphere and their general spherical shape, Uranus and Ganymede don’t really share all that much in common.

Whether it be in regards to their size, mass, physical composition, axial tilt, the number of other celestial bodies that orbit them and many others, Uranus is physically and functionally, completely different to the largest natural satellite within our solar system.