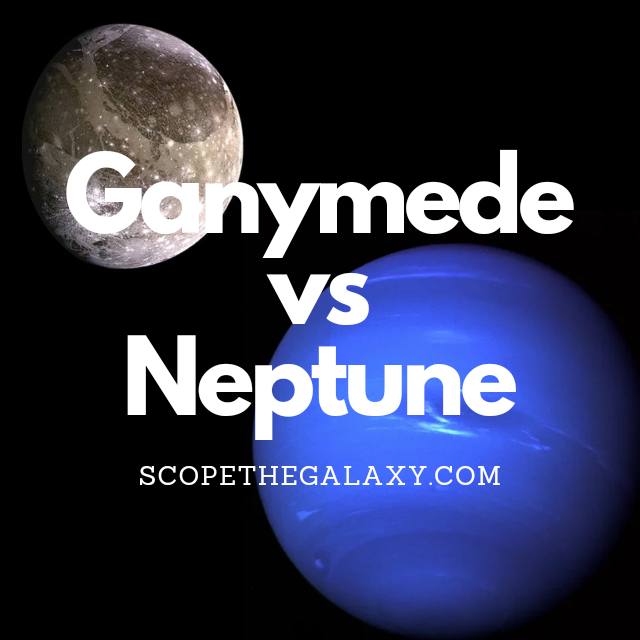 The main differences between Ganymede and Neptune are that Neptune is an ice based gas giant whilst Ganymede is the largest moon in our solar system, Ganymede orbits Jupiter whilst Neptune only orbits the Sun, Neptune has the strongest winds in our solar system at 2,000 km/h and is nearly 10 times Ganymede’s size with a diameter of 49,244km compared to Ganymede’s 5,268km.

There are a variety of other features that separate the two so continue reading for a more detailed breakdown of both Ganymede and Neptune along with their similarities and differences.

Similarities Between Ganymede And Neptune

Neptune and Ganymede do share the odd few similar features, which in this case would include the following:

Differences Between Ganymede And Neptune

Neptune and Ganymede have a few similar features such as the fact both are part of the same solar system, have a magnetosphere and have no tectonic plates but, they’re definitely more different than similar.

Whether it be in regards to size, mass, their compositional structures and beyond so, all in all both are functionally very distinct and aren’t really in the same bracket of entity as a whole.