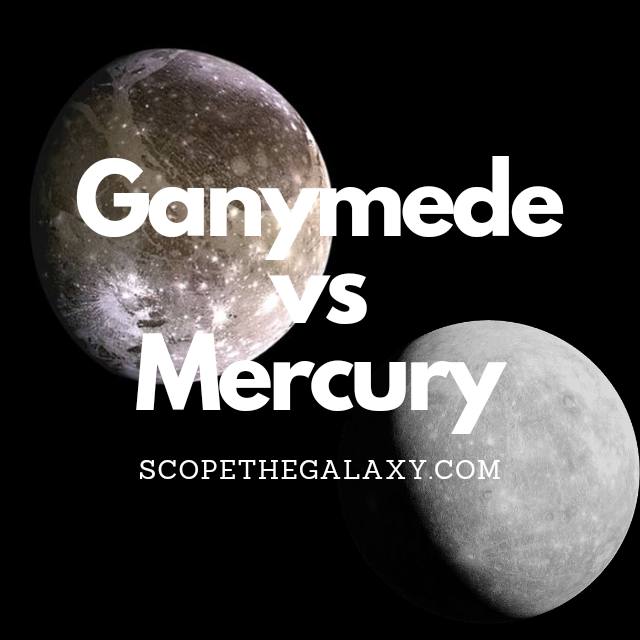 The main differences between Ganymede and Mercury would be that Mercury is an officially recognized planet and is the smallest of the 8 planets whilst Ganymede is the biggest moon in our solar system and larger than Mercury. Nevertheless, Mercury’s density is twice that of Ganymede, meaning it has twice the mass of the natural satellite.

Other than this there are numerous other differences and a lot of similarities too so, continue reading for a more detailed look at each of these celestial beings below.

Similarities Between Ganymede And Mercury

Mercury and Ganymede do share a few similarities, some of which include the following:

Differences Between Ganymede And Mercury

Mercury and Ganymede are similar in a variety of ways whether it be in regards to their general composition, the lack of other natural satellites orbiting them, their thin atmospheres among others.

Despite these similarities, they differ even more so, whether it be in regards to their mass, density, gravity, overall size, orbital resonance, and more even if they do look similar in appearance. Overall, the manner in which they function within the solar system is very different from one another.