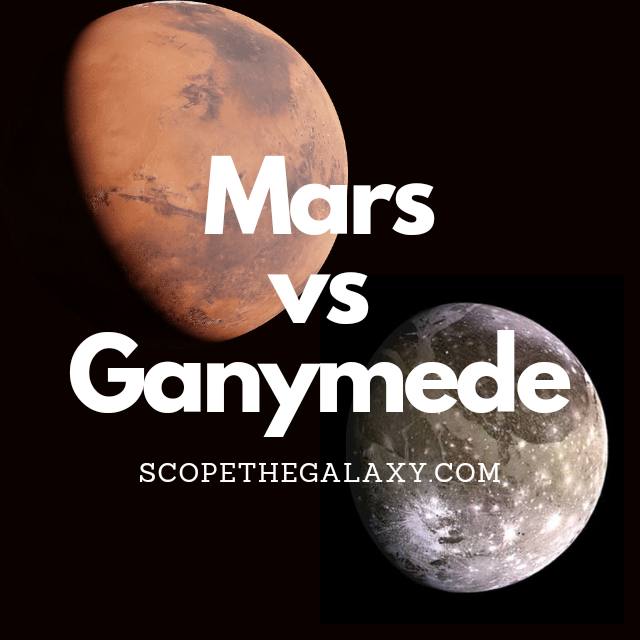 There are numerous differences between Mars and Ganymede so continue reading if you want a more detailed breakdown of both entities along with their similarities and differences.

Similarities And Differences Between Mars And Ganymede

Mars and Ganymede do have some similarities between themselves despite the numerous other differences. These common features would include the following:

Differences Between Mars And Ganymede

Even if the compositional structure of Mars and Ganymede are quite similar, the two are very different in a variety of other ways which is why they’re classified under separate brackets for celestial entities.

Whether it be in regards to size, mass, their magnetic fields, the length of their days, how dense they are and more Mars isn’t all that comparable to Ganymede.