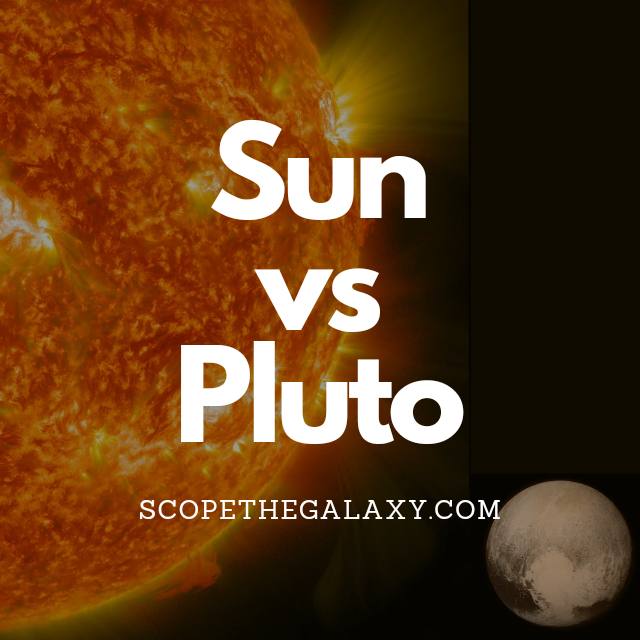 Continue reading, for a more detailed breakdown of the many other differences between the two as well as the few commonalities they share.

Similarities Between The Sun And Pluto

The Sun and Pluto don’t have too many similarities but there are still a few. Both are spherical in shape, both have other celestial objects orbiting them, both are part of the same solar system, and both have hotter cores.

Other than this, they don’t have too much else in common.

Differences Between The Sun And Pluto

One is practically the smallest planet in our solar system whilst the other is the object that everything in the solar system orbits it.

As a result the differences are quite vast, from the size, temperature, how they function and how important they are for our solar system to function.

In the end of the day, besides the odd few similarities, the Sun and Pluto both fall under a different celestial object bracket and as a result don’t share much when it comes to their core functionality.