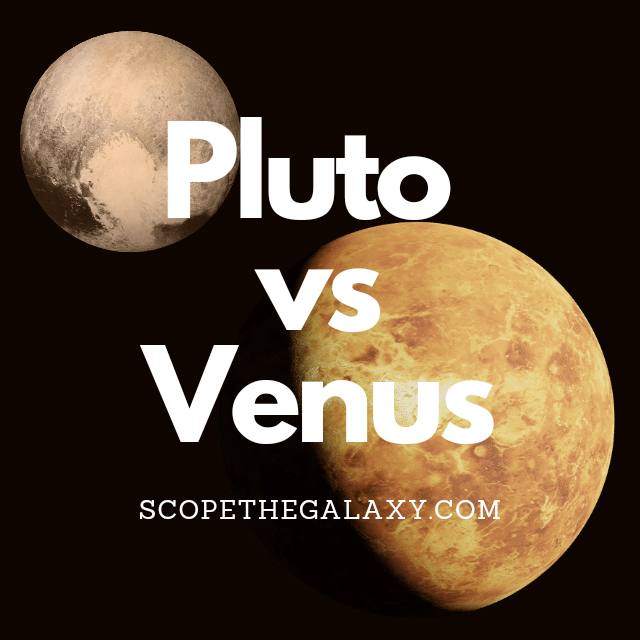 These are some of the more prominent differences but, there are a number of other unique features that separate too. Continue reading if you want a more detailed look at both Venus and Pluto along with differentiates the two.

Similarities Between Venus And Pluto

Pluto and Venus do share a few similarities. They include the following:

Differences Between Venus And Pluto

As for the differences between Venus and Pluto, they include the following:

Although both Pluto and Venus are terrestrial planets, they still have very many things different from one another, whether it be their temperatures, size, brightness and even the number of moons that orbit them.

That’s why despite being spherical planets that orbit our Sun, the function very differently from one another and have a huge number of distinct features as has been discussed above.