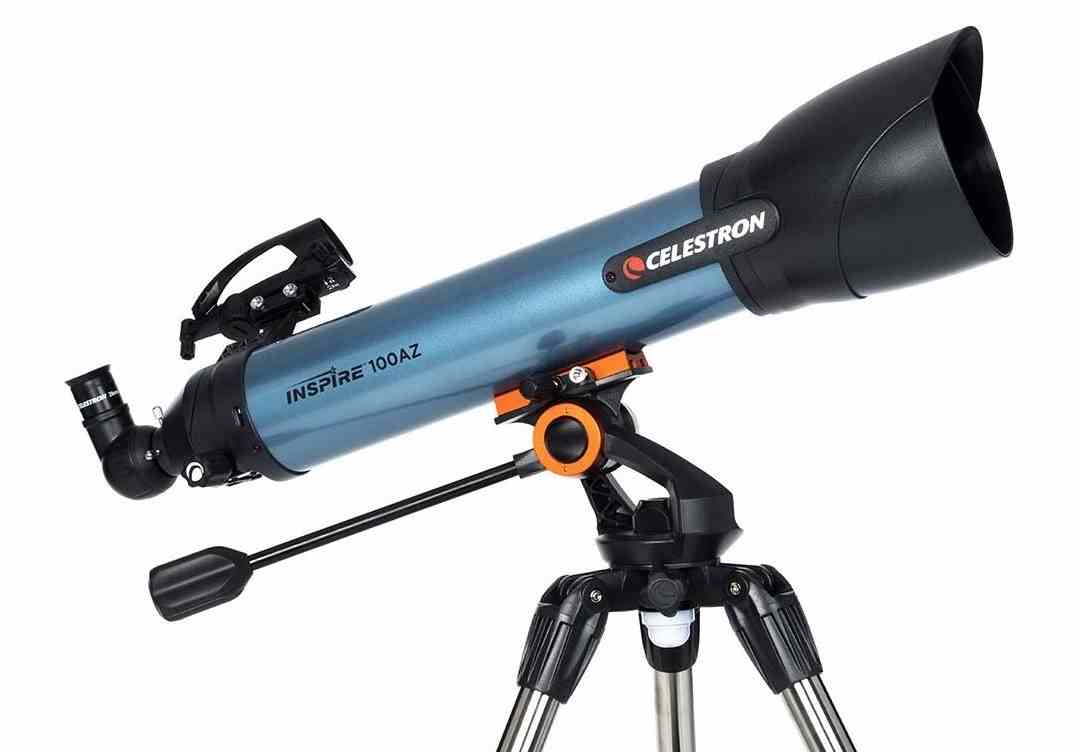 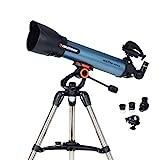 How Do The Celestron Inspire 100AZ’s Optics Work?

The Inspire 100AZ uses refractor based optics within it’s enclosed tube. If you don’t already know, refractor optics are only of 3 core telescope optics found within devices, with a reflector and compound being the other 2. Of course all of the core variations do have their sup groups but, these 3 are the core names.

The Inspire 100AZ uses an achromatic refractor lens, which is fully coated meaning it’ll be able to provide a crisp and detailed view of space whilst decreasing issues with aberration , provided you don’t go beyond it’s capabilities but, it also has a few shortcoming due to how the achromatic lens is designed.

The pros of the optics found within Inspire 100AZ include :

As for the cons :

The cons obviously don’t mean the Inspire 100AZ’s optics are bad per say, it just means that in certain instances the images you’ll see through the viewfinder may not appear in the colour that they should, which is mainly attributed to the achromatic lens used.

What Do The Celestron Inspire 100AZ’s Specifications Mean?

As for the Inspire 100AZ’s specs, it has an aperture of 100mm, a focal length of 660mm resulting in a focal ratio of f/6.6. What this means is that the device will be pretty balanced in the sense the images won’t be too wide or two narrow due to the focal ratio and in turn will be able to provide a roughly a 200x magnification when used at its highest magnification.

Some retailers say that the 241x is its highest useful magnification but, generally speaking most telescopes tend to provide a little less power than advertised so expect the inspire 100AZ to not be particularly useable and detailed at its “peak magnification”.

Nevertheless, at around the 200x range and below, the Inspire 100AZ will allow you to make out quite a lot of great celestial objects :

Relative to other $200 reflector systems for example (Zhumell Z130, Lightbridge Mini 130) the power that the 100AZ has is definitely very lackluster however, as beginner level telescope it does have its advantages such as minimal maintenance.

The accessories you’ll find in the box are two 20mm (33x) and 10mm (66x) 1.25-inch Kellner eyepieces, a StarPointer Pro red dot finder, a tripod that comes with a built in folding accessory tray which also doubles as a another leg on the tripod for stability, a single-speed rack and pinion focuser with 1.25-inch eyepiece holder, dust cap camera mount and other miscellaneous documentation.

The kellner eyepieces are at best average so I would suggest upgrading them a little down the line for a better, more clear image quality (click here to check out our list on some of the best eyepieces to invest in), the red dot finder and focuser are decent although some users didn’t really like them whilst the camera mount will allow you to strap a smartphone to it to take photos and videos but, it won’t always be the most sturdy.

As for the tripod, it essentially acts as the 100AZ’s mount and is very short meaning if you want to view certain celestial objects in the sky beyond around a 45 degree point, it will be pretty annoying to do. Then again this is less to do with the tripod and more to do with the design flaws of the 100AZ.

What Are Users Of The Celestron Inspire 100AZ’s Saying

The user reviews on the 100AZ are very much a mixed bag with some really liking it and others calling it out for being a bit too weak and badly designed system for its asking price. 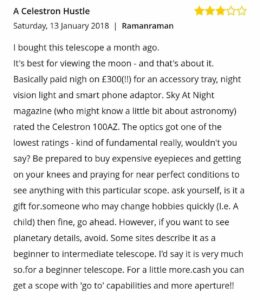 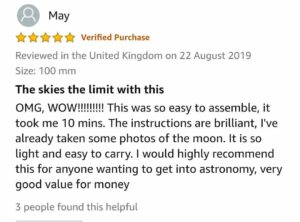 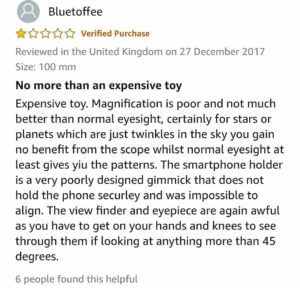 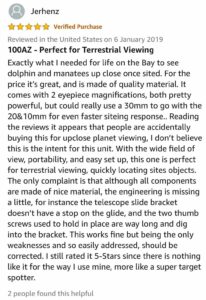 So, definitely take this into account before investing in the device.

The Inspire 100AZ is a device I would say is very much a beginner level system with sub par specs for astronomy and a few design flaws however, this doesn’t mean it’s a terrible device all round.

However, if you want more bang for you buck and a telescope that’s much more than something that can only see the moon, according to some users, I’d suggest checking this list out on the best systems for viewing planet by clicking here.

I personally would not recommend buying the Inspire 100AZ if you’re serious about astronomy and want to get the most out of your money.

Don’t get me wrong, it’s not a bad device, it does have its pros such as a sturdy build, lower maintenance requirements, its ability to act kind of like a spotting scope but, unless you can find it at a discounted price or if you’re buying it for a child who is a little clumsy, I’d personally recommend giving this system a miss.

Of course in the end of the day if you decide to buy it whilst accepting the Inspire 100AZ’s flaws, I can only hope you have a great experience with it.