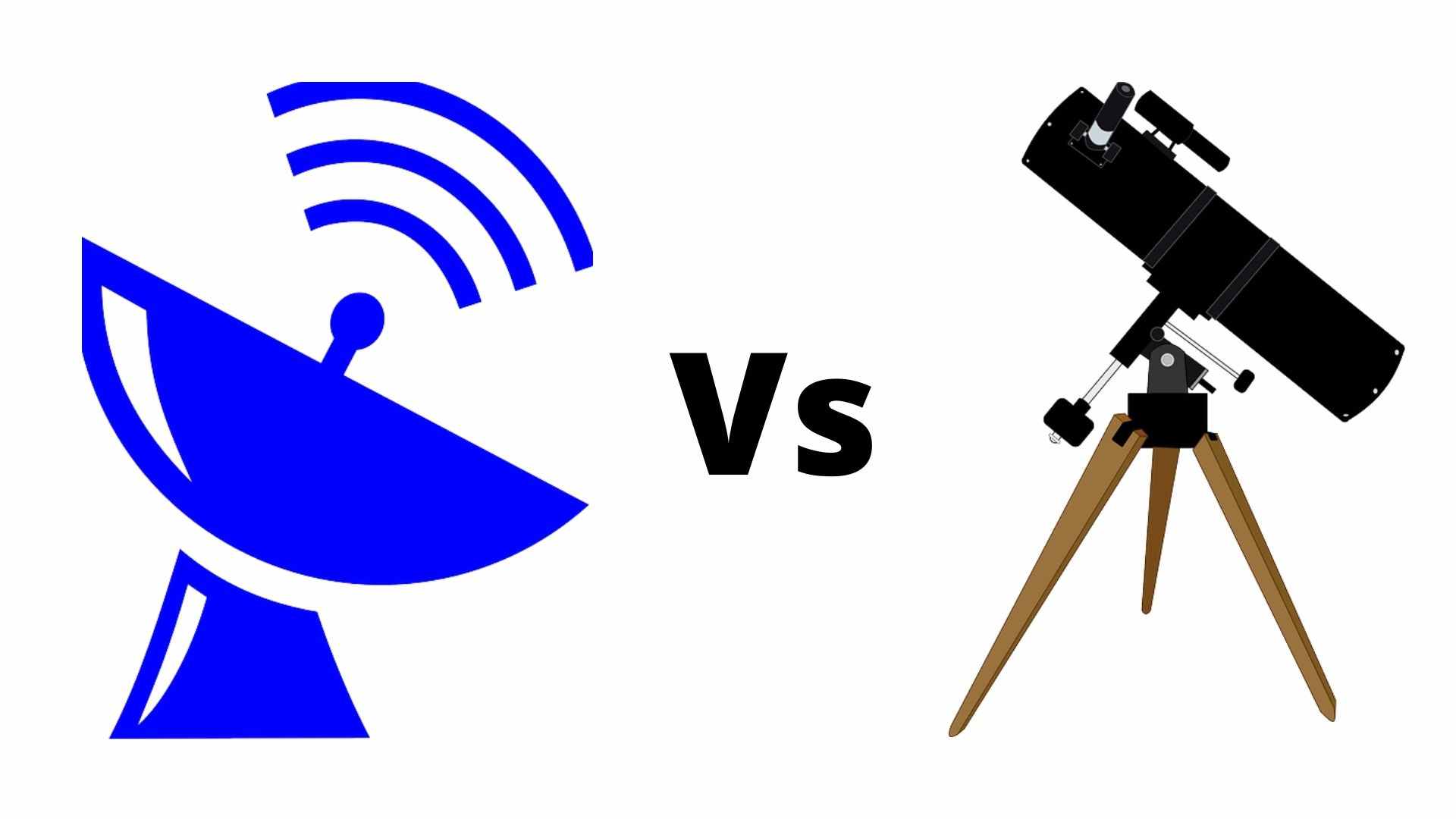 When you think of a telescope, you’re probably thinking of the most common definition of an optical telescope.

An optical telescope is an instrument purpose-built to view faraway objects, especially those in space, using an arrangement of mirrors or lenses to make the objects appear much closer than they really are. If you ever owned a telescope as a kid, it was almost certainly a type of optical telescope, but did you know there is another type of telescope out there? The radio telescope!

So, what’s the difference between a radio telescope and an optical telescope?

Simply put, radio telescopes see radio frequencies, and optical telescopes see light. Instead of using the aforementioned arrangement of mirrors or lenses, a radio telescope uses a dish to focus the radio waves for a precise, clear picture of things that the human eye can’t usually see. 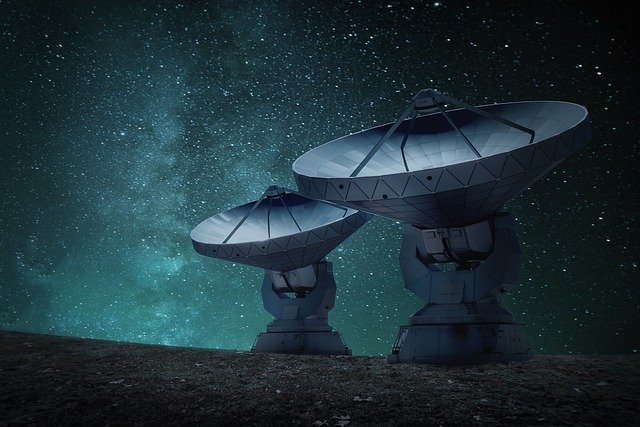 Radio telescopes are a type of telescope that records information using radio waves to see things in space that aren’t able to be viewed as physical objects.

If you want to view black holes, remnants of the Big Bang, or remnants of supernovas, you’re going to need a radio telescope.

How Does a Radio Telescope Work?

Unlike the optical telescope, you’ve almost certainly never used the scientific marvel that is a radio telescope. These machines are unique in the way they view the universe, but understanding exactly how they work may be a little complicated.

Radio telescopes are composed of a reflector dish, antenna, amplifier/receiver, and recorder.

What is a Radio Telescope Used For?

Radio telescopes are used to view the parts of the electromagnetic spectrum that we can’t see with the naked eye.

Our vision can only detect a certain range of light, but there are frequencies of radiation that produce wavelengths both shorter and longer than the ones our eyes can detect, and it’s the longer wavelengths that a radio telescope sees and records.

A few examples of things only visible with a radio telescope are: 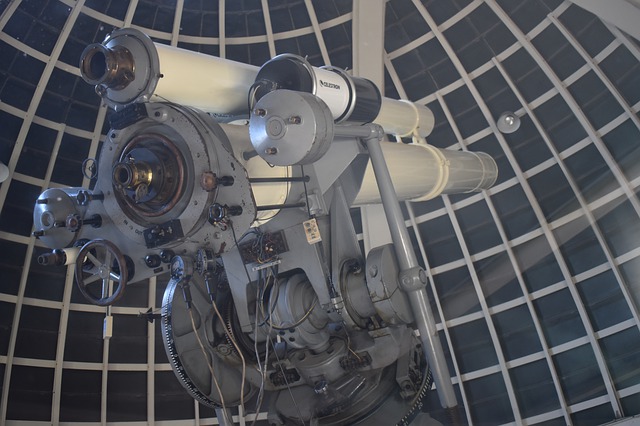 An optical telescope captures and concentrates light from the visible portion of the electromagnetic spectrum using an arrangement of mirrors or lenses.

This allows us to magnify an image so we can see easily see it, provide something that we can take a photograph of, or collect data about the faraway object we are viewing.

How Does an Optical Telescope Work?

What is an Optical Telescope Used For?

Optical telescopes are used to magnify and view faraway objects that can be seen physically with the human eye.

Optical telescopes allow us to view objects like the Moon, Mars, and even other stars. Closer objects, like the planets in our own solar system, can be examined in minute detail using an optical telescope.

These types of telescopes are also integral for astrophotography. Without optical telescopes, we could never see some of the most beautiful sights in the universe.

A few examples of things that can be viewed with an optical telescope are:

The Differences Between Radio and Optical Telescopes

The difference between optical telescopes and radio telescopes all comes down to wavelengths of light.

Which is Better, Radio Telescopes or Optical Telescopes?

Neither type of telescope is superior to the other, because they are both used for different purposes. A radio telescope cannot view the same things that an optical telescope can and vice versa.

The superiority of the two types of telescopes only comes into question when deciding which telescope is best for the job at hand.

For example, if you wanted to investigate the craters on our moon, an optical telescope would be ideal.

If you needed to examine a supernova, you’re going to need a radio telescope to see it properly.