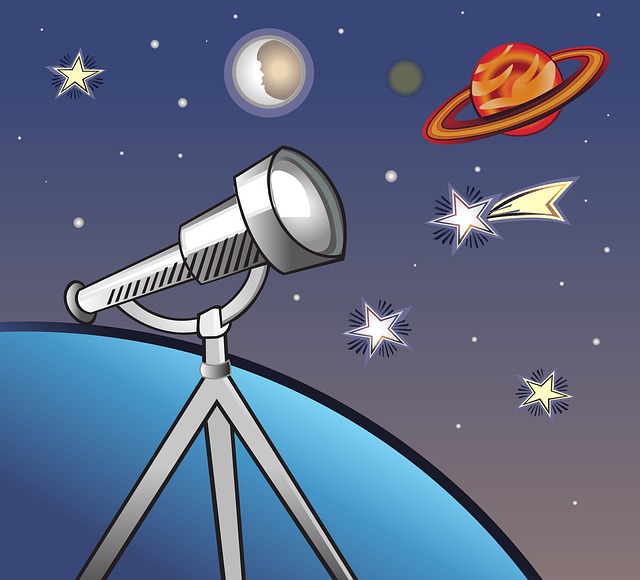 If you’re just getting into the world of amateur astronomy, you might be a bit inundated with the myriad of different options available in terms of telescopes. Right off the bat, you’ll have to choose whether you want a reflecting, refracting, or catadioptric telescope, and within each of these three main telescope types, there are literally dozens of different sub types.

Today, we’ll be comparing Schmidt-Cassegrain telescopes to Dobsonian telescopes and explaining in detail how they are different and in what areas each of these telescopes excel.

How Does a Schmidt-Cassegrain Telescope Work? 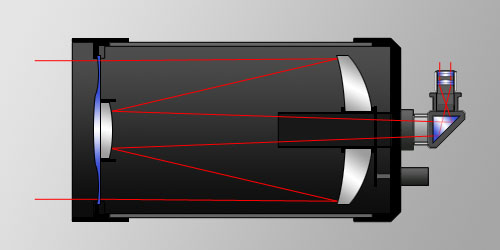 The light is then reflected towards a smaller convex secondary mirror, which redirects the light through a hole in the primary mirror and into the telescope’s eyepiece. This method of “folding” the light inside a Schmidt-Cassegrain telescope allows it to be physically smaller than some other comparable telescopes.

There are several other types of Cassegrain telescopes, all of which generally function in the same way but have slight differences in terms of their specific hardware setup.

How Does a Dobsonian Telescope Work? 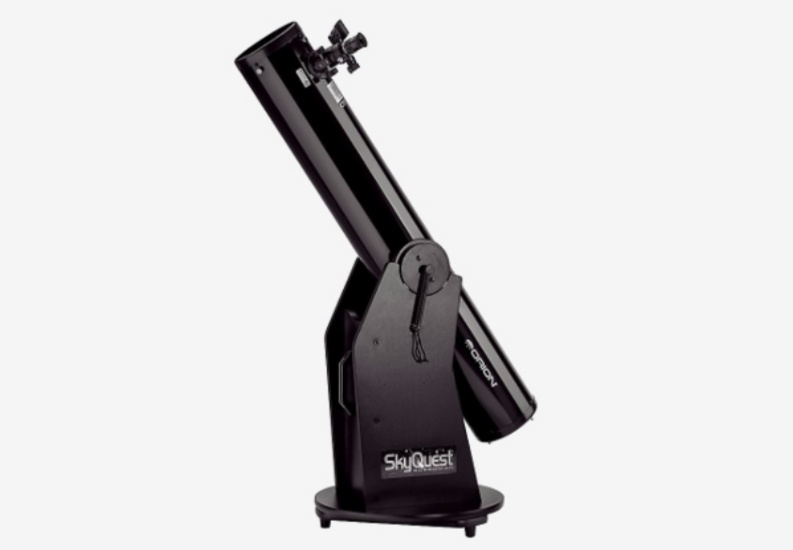 As we’ve mentioned, Dobsonian telescopes are reflective telescopes, meaning they rely entirely on mirrors to generate images. Dobsonian telescopes do contain a small focuser lens near the eyepiece, but this doesn’t really affect the quality of the image in the same way that a corrector lens in a Schmidt-Cassegrain telescope would.

Dobsonian telescopes are pretty simple in terms of how they work. Light enters through the main aperture of the telescope and reflects off of a primary mirror at the telescope’s other end. This light then hits a secondary mirror which in turn sends it through the focuser lens and into the eyepiece.

What Are the Differences Between a Schmidt-Cassegrain and a Dobsonian Telescope?

Dobsonians, despite being physically larger, are both lighter and less expensive than Schmidt-Cassegrains, thanks to their choice of materials. However, since they’re so much larger, they’re less portable as a result.

What Are the Benefits of Choosing One Over the Other?

Each of these two telescopes has several advantages and disadvantages. Let’s take a minute to compare these two and see how they stack up against each other.

If you’re a total novice when it comes to astronomy and you’re looking for a telescope that is easy to use and cheap to own, your best bet is likely going to be a Dobsonian telescope.

While a Dobsonian isn’t going to give you the same level of magnification that you’d get from a Schmidt-Cassegrain, it should still be good enough for observing other planets, the moon, and anything else in space that reflects light that is sufficiently bright and as a result easier to observe.

However, due to their wide apertures, Dobsonian telescopes aren’t particularly good for inner-city use as they don’t cope too well with the ambient light present there. If you’re planning on mainly using your telescope within city limits, a Schmidt-Cassegrain might be the better option here.

In addition, the large size of Dobsonian telescopes means that they’re not very easy to move from place to place. If you’re planning on bringing your telescope to multiple locations to do some stargazing, you might want to go with something physically smaller like a Schmidt-Cassegrain.

In general, novice astronomers are better suited going for Dobsonian telescopes as it’s significantly cheaper yet can produce excellent views of the night sky but, if you’ve a little more experience stargazing, you might want to step up to a Schmidt-Cassegrain set-up .

In the end of the day the telescope best suited for you will depend on several factors, whether it be your budget restrictions, your location, and what you plan on actually using your telescope for.