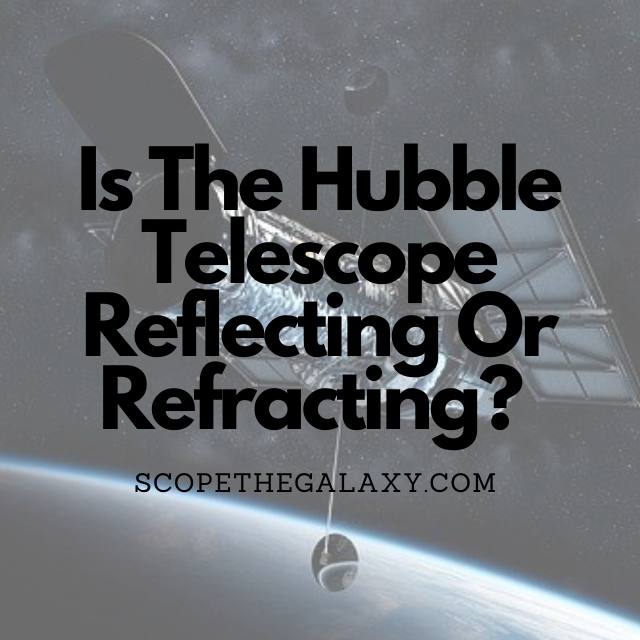 The Hubble telescope utilises an optical design referred to as Cassegrain reflector optics meaning it’s a reflecting telescope. This means that the Hubble has 2 mirrors within its chassis, the primary is a concave mirror and the secondary is convex.

There are 3 main reasons why the Hubble is a reflective telescope. Firstly, reflective optics are better for capturing images of faint deep space objects. Secondly, it’s lighter and in turn, was easier at the time to be launched into space whilst maintaining its size. Lastly, it’s far easier to maintain as only one side of any given mirror needs to be polished.

Why Is The Hubble Telescope Reflective And Not Refractive?

In order to remain in space and also to accommodate for the whole process of launching a telescope the size of the Hubble into space, the Cassegrain optics with its lighter overall frame was the more logical choice at the time.

Refractors are far heavier than reflective telescopes, due to the density and overall weight over the thinner design of mirrors. It’s also easier to maintain reflector optics as only one side of the telescope needs to be polished, unlike refractive alternatives.

Although refractor telescopes are sturdier than reflectors when on Earth, considering the Hubble has now been in space since 1990, the easier to maintain option made the most sense for astronomers at the time.

Reflective optics are also just better at capturing images and views of deep space objects, especially fainter objects many lightyears away from us.

How Does The Hubble Telescope’s Optics Work?

As the hubble telescope is a cassegrain telescope, it uses 2 mirrors, a primary concacve mirror and secondary convex mirror. The Hubble is designed to focus the light of closer or distant celestial objects so, depending on the distance of an obejct that needs to be captured, the process can take upwards of 150+ hours.

As for how it captures the light, whenever light makes its way in to the barrel of the Hubble, it will first advance towards the concave primary, then bounce off the convex secondary mirror into the hole between the primary mirroe towards the scientfic equipment on the other side to analyse the visual data.

The mirrors have a hyperbolic curve to them which allows images to be more detailed. This is further enhanced by the size of each mirror where the primary mirror is 7.8 feet (2.4 meters) in diameter and the secondary 12 inches (30.5cm) wide. As a result the hubble’s optical prowess is 40000 times more powerful than that of the human eye.

In short, the optics are extremly powerful and has been generating awe inspiring imagery ever since it was first launched into orbit.

Is The Hubble Telescope Optical Or Radio?

If it isn’t completely obvious by now, the Hubble is an optical telescope as all of the data it collects of celestial objects are visual unlike radio telescopes that utilise frequencies (radio waves) to generate images.

Radio telescopes are larger in general as the radio waves aren’t as detailed as the details generated through light. Radio telescopes need to be significantly larger than optical telescopes in order to generate detailed visuals of of objects that emit radio waves millions of light years way, which would be difficult to observe purely optically.

It’s also much harder to build optical telescopes which is why there are more radio telescopes that are as big as they are.

They also have their advantages, with the main one being its ability to remain usuable even in bad weather.

On land, radio telescopes are more versatile and a lot less work once it has been built, but when it actually comes to producing high quality images to show to the world, considering there aren’t any clouds in space, building the hubble with mirrors was and still is the more useful and practical design.

What Is The Hubble Telescopes Mirror Made Of? 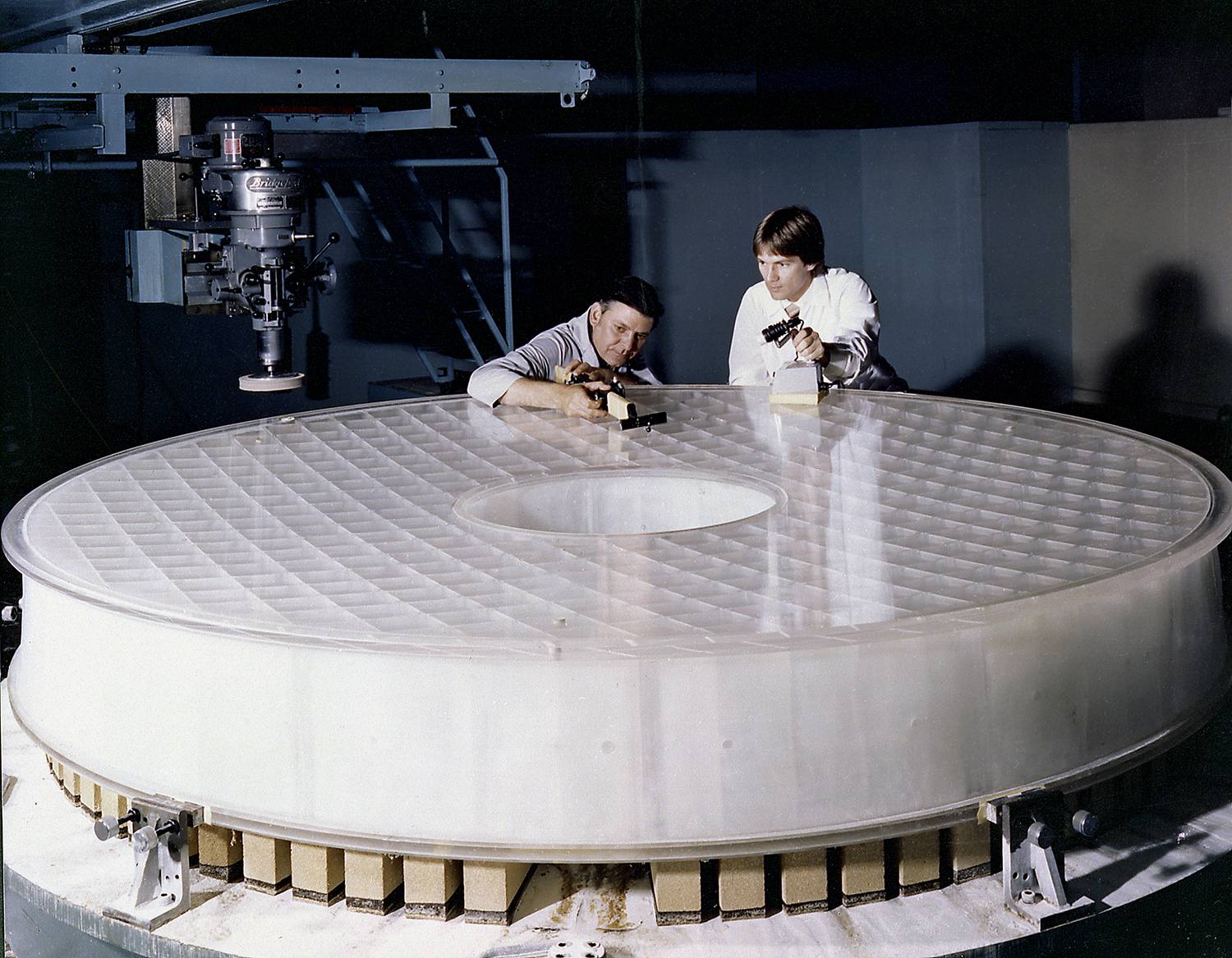 In regards to the mirrors used inside the hubble, it’s an ultra low expansion glass where both mirrors are coated with
thin layers of aluminum and magnesium fluoride. The layer itself is only 3/1,000,000th of an inch thick but, it provides the mirror’s reflectivity.

The floruide coating helps in protecting the mirrors from oxiadation and to increase the reflectivity of ultraviolet light. These mirrors are also extremly smooth so much so that according to NASA if the telescope where to be expanded to Earth’s size it’s largest bumps at most would be 6 inches in height.

Keep in mind that these mirrors are not even 3 meters in size. Furthermore, the mirrors don’t weigh a ton either (818kg) as a result of its honeycomb design.

The Hubble telescope uses reflective optics within its chasiss as opposed to the glass lenses found inside refractor based  telesecopes. 2 very smooth mirrors can be found inside the telescope’s chasiss which allows it to gather power that accumlates to 40000 times the strength of our own eyes.

This coupled with fact it is far easier to maintain a single sideed mirror over an entire glass lens shows the practicality of reflective optics over refractors and why the reflective optical design was chosen when dediding on what would be the best fit for capturing imagery in outerspace.