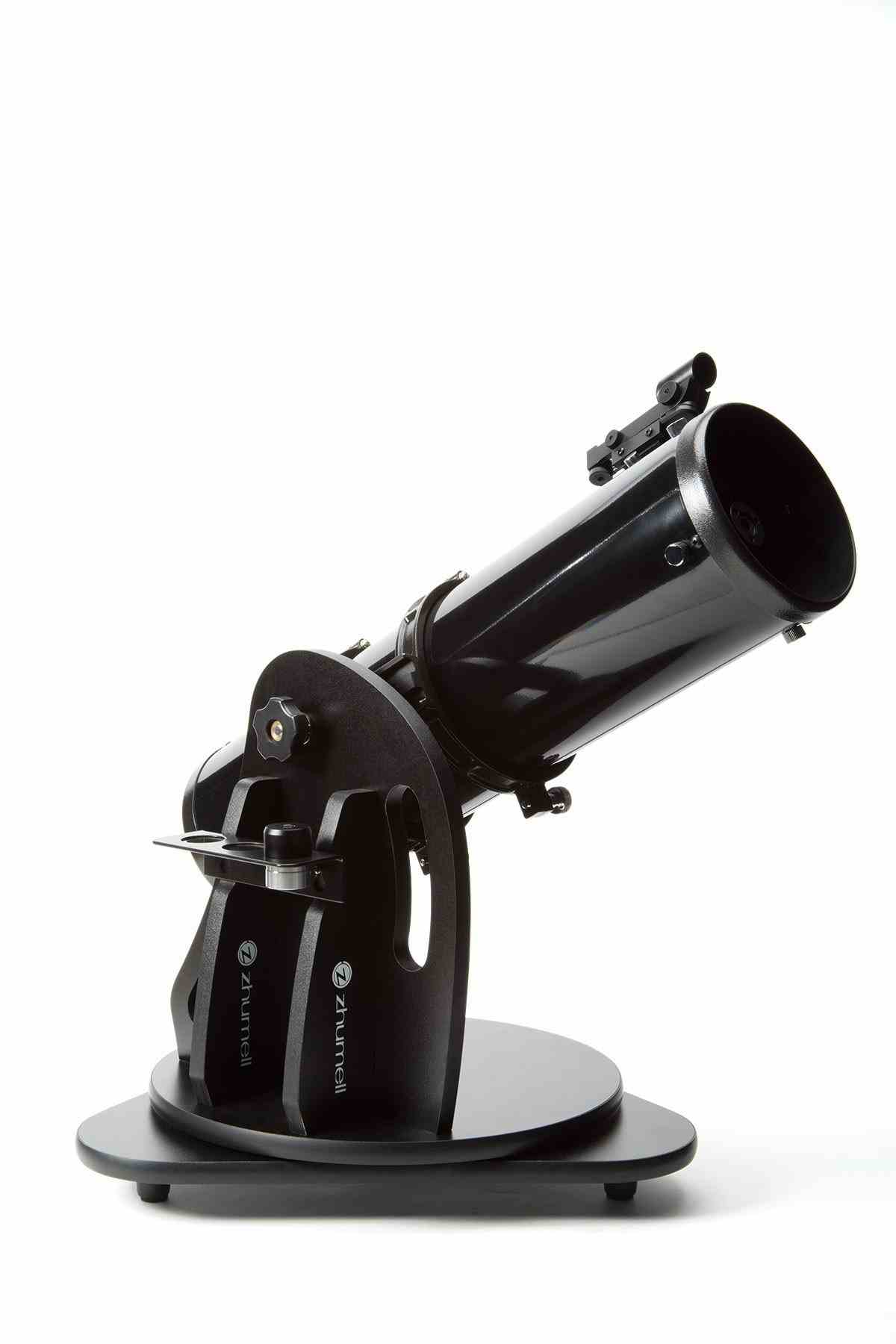 If you’re someone who’s been looking to get into ametaur astronomy, you’ve probably heard of The Zhumell Z130 being a great telescope for beginners right?

From the reviews others have made of the telescope, there is a lot of positive praise after all. The reason for this particular Zhumell Z130 review is to gather all the information on it online to ultimately provide you with a robust and unbiased review that’ll allow you to make the best decision in the end.

There are actually 3 different variations to a telescope, these include a reflector, refractor and a compound system and of course all of these variations have their advantages and disadvantages.

In the Zhumell Z130’s case, the optics are that of a reflector scope which means that it provides a very detailed image for anything further out in space and doesn’t cause any major visual problems such as spherical or chromatic aberration, which is a problem that refractor scopes are known for.

However, one thing that may make this scope a little annoying to deal with is the fact that reflector optics tend to be exposed, which is the case with the Z130. This mean you will regularly need to do maintenance on it such as cleaning the optics and even be required to regularly align the optics to generate that sharp image you’d be after.

If you’re able to bypass these problems, the Z130 shouldn’t be too much of a problem besides, most high end scopes use this variation too so it’s probably even a good thing getting to grips with the maintenance aspect of telescopes before investing in something more powerful in the future.

The Z130 has an aperture of 130mm, a focal length of 650mm and a focal ratio of f/5. What this means is that the telescope will be able to gather a fair bit of light however, as the focal length isn’t very large, the scopes zoom will be limited and the detail on certain celestial objects will be lacking.

At 130mm, the aperture is very beginner oriented in the sense that you won’t be able to capture an insane amount of detail through it however, theoretically it will be possible to view :

What Are The Accessories Included?

Within the box you’ll find a couple of eyepieces at 25mm and 10mm, a red dot finderscope, a dobsonion (altazimuth) mount with an eyepiece tray and a screwdriver.

These numbers are great for beginners but, in order to gain access to the systems maximum theoretically useable magnification at 256x, you’ll need to think about investing in more powerful eyepieces at the 5mm to 6mm range or Barlow lenses.

Another important factor to take note of is that the system doesn’t come with a backpack or case. This means if you want to maintain and travel with the system, it’s probably in your best interest to purchase one.

Then again for, the frankly cheap $200 “price tag, it isn’t too much of a surprise that the telescope isn’t the most powerful out of the box and doesn’t have everything you need included in it.

According to users of the telescope within amazon, it appears as if the system is almost fully assembled out of the box but it’s not always perfectly collimated when you open it up. Customers have also said that the more powerful 10mm eyepiece can actually view faint nebulae so, the experience without purchasing better equipment is pretty solid.

As for how it easy it is to use and handle, at 24 x 18 x 18.5 inches, it’s a reasonably compact device and weighing in at around 11kg makes it a fairly lightweight system to carry around too so, taking it on a camping trip or to a slightly steep hill shouldn’t be too hard a task to do.

All in all, as a beginner telescope, the large majority who’ve bought the Z130 have found that it’s very easy to set up and essentially a steal for the price.

I’ve concocted a buyers guide (which includes the zhumell Z130) which outlines for you what I’ve found to be some of the better telescope options out there for amateurs who are looking to get into astronomy.

As a telescope for getting people into astronomy, the Zhumell Z130 is a very solid telescope. The specs put the system somewhere smack bang in the middle in terms of what you’ll be getting from it.

No you won’t get the most detail out of it when observing planets or viewing deep space objects and you will need to collimate (re-align) and clean the telescope very often. However, all in all the feedback for it is solid and you honestly can’t go wrong if you ultimately do decide to pick it up.

If you’ve purchased the system yourself or disagree with anything I’ve written about the Zhumell Z130, feel free to leave your thoughts below and I’ll get back to you as soon as I can.

*there are affiliate links on this page*