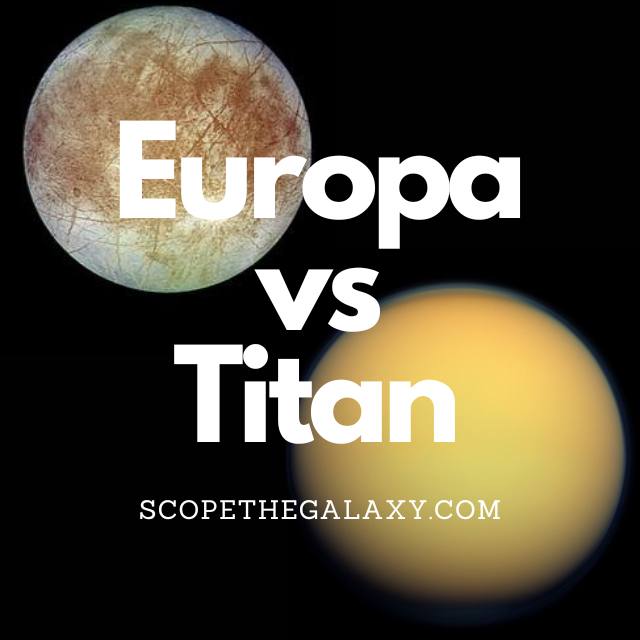 The main differences between Europa and Titan are that Titan is the 2nd largest moon whilst Europa is 6th, Europa has water ice on its surface as opposed to the mostly rock based surface of Titan and that Europa is the most luminous moon in our solar system.

There are various other differences between these two so, continue reading if you’re looking for a more detailed look at each of these natural satellites along with a more in-depth look at their similarities and differences.

Similarities Between Europa And Titan

As both are natural satellites, Europa and Titan do share a few similarities, which include the following:

Differences Between Europa And Titan

Both are moons which is why Europa and Titan share a lot of similarities such as their elliptical orbital pattern, the fact both are tidally locked to their gas giant planet and how they are both terrestrial based objects.

With that being said, there are a lot of differences between the two also, such as their size, mass, density, the structure of their surface and beyond.