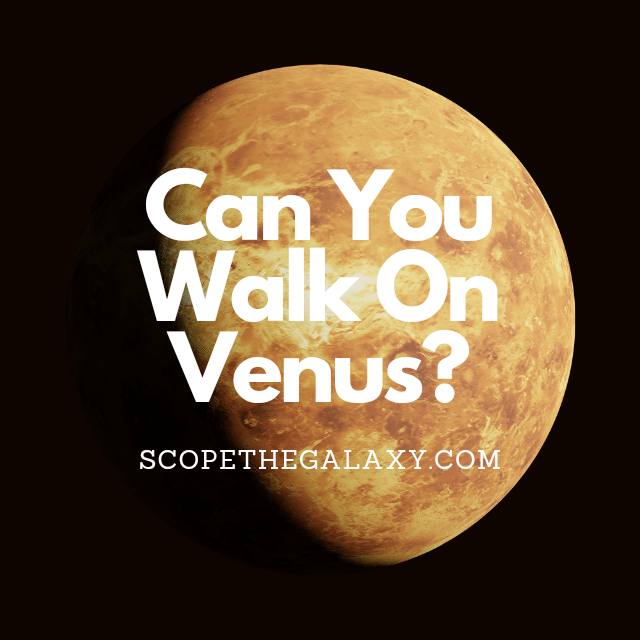 Venus might be the closest thing to hell in our solar system, with temperatures that average 462 degrees Celsius and an atmosphere so thick that the air pressure on Venus’ surface is more than 90 times that of Earth.

Continue reading to discover how long we could survive on the fiery landscapes of Venus and the reasons why despite the boiling temperatures, it may be possible for life to exist in this alien world.

Could We Survive On Venus? 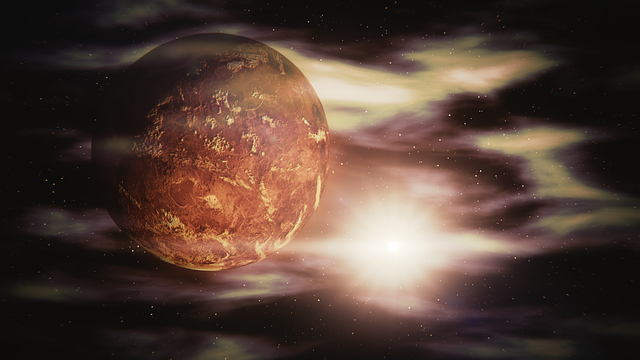 This desolate planet has a surface that could melt lead; no space probe has latest beyond an hour in this fiery landscape. Still, scientists think life could exist on Venus if it existed within the clouds. Venus has a thick layer of clouds crafted from sulfuric acid, which gives the planet its distinct yellowish appearance. These clouds move exceptionally fast and can reach up to 350 km per hour.

We often refer to Venus as “Earth’s twin,” not because the environments are similar but because the size and composition of the two planets are alike.

Venus’s surface is a scorching, dry place where the majority of its “land” is rolling plains. The planet has various significant lowlands and two highland areas, which roughly equate to the size of South America and Australia. On the surface are several volcanoes and mountains, the tallest of which is Maxwell Montes, which stretches more than seven miles into the sky.

We have a better chance of surviving in Venus’ atmosphere than on its surface. Here, the atmosphere has a composition that is 96.5% carbon dioxide, less than 3.5% nitrogen, and 0.003% water vapor.

What Would Happen If We Were To Walk On Venus? 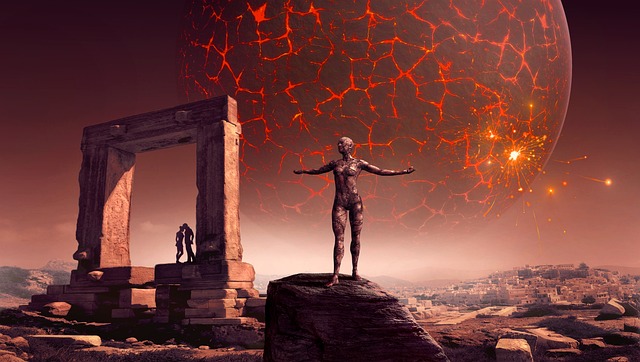 Most of Venus’s surface is covered with lava flows, but there is a distinct lack of impact craters. This is because most asteroids burn up within Venus’s dense atmosphere before they have a chance to strike the planet’s surface. This thick atmosphere makes it impossible to see the surface of Venus, but radar imaging allows us to build a reasonable picture.

If we were to set up home on Venus, the plains could arguably be the best place to live, but even day-to-day activities like walking on the planet’s surface would be unpleasant. Firstly, you’d have to contend with a surface temperature of 475 degrees Celsius, which would melt you and pretty much every material you’d use to build a modern home.

The difference in gravity between Venus and Earth wouldn’t cause too much of a problem; Venus has roughly 91% of Earth’s gravity, so if you weigh 100 lbs here, you’d weigh approximately 91 lbs on Venus. This would allow you to jump a little bit further and make objects feel slightly lighter.

Still, you would feel a crushing pressure from the weight of the atmosphere above you. If you stand at sea level on Earth, our atmosphere exerts 14.5 pounds of pressure per square inch, equal to one bar. Compare that to Venus, and you’ll experience a pressure of 92 bar, equivalent to being around 3,000 feet beneath the ocean’s surface.

If you looked up at the sky, it would appear to have a red-orange glow, no matter the time of day. This is because carbon dioxide scatters the Sun’s light differently. And speaking of the Sun – it would appear as a hazy glow rather than a distinct ball shape that we see thanks to Venus’s thick atmosphere.

How Long Could We Survive On Venus?

If we were to travel to the surface of Venus, we would only survive for a few seconds at most before the combination of intense heat and high pressure killed us. Whether or not you were wearing a spacesuit would be irrelevant unless we develop a material that is both heat and pressure resistant.

Still, in today’s world, even two seconds would be a long time to survive if you made it to the surface of this fiery hell.

If we could find a way to live on Venus, the active volcanoes would pose a considerable threat. Venus has no earthquakes because it lacks tectonic plates, but the interior heat can build slowly over millions of years to a critical point. When it reaches this point, it may release a chain of volcanic activity that completely remolds the planet’s surface.

Still, there is a region where we could survive for longer – Venus’s atmosphere. Scientists have discovered an area of this hell-like planet’s atmosphere that is between 50 and 60 km above the surface. Here, temperature and atmospheric pressure are similar to what we would experience on Earth. It could be the most Earth-like area within the entire Milky Way.

Suppose we could find a way to establish floating colonies or cities, then we could set up a long-term residences on this planet. Still, this is impossible today, and dreams of a life in the clouds are still just a work of science fiction.

Venus has a solid surface, so you can walk on it – in theory at least – but the severe temperatures and intense pressure make it impossible for us to even travel to the surface – let alone walk across it.

Still, Venus could play home to a human colony of the future if we could find a way to create a floating city within the Earth-like region of the atmosphere.

What Would It Be Like to Live on Venus? | Space

Could we live on airships in the atmosphere of Venus? | BBC Science Focus Magazine

How long would I survive on Venus without a spacesuit? – Quora