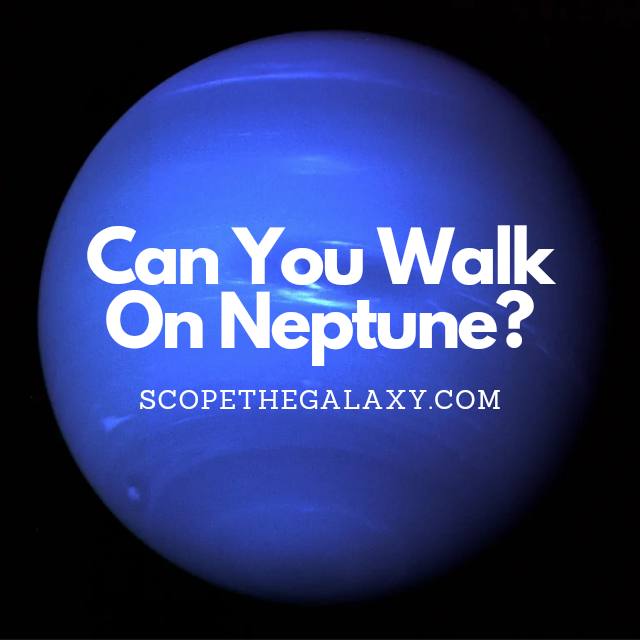 Neptune is the farthest planet from the Sun, whose shiny blue surface invites you in for a refreshing swim. But this calming blue hue is just an illusion, and Neptune is nothing more than swirling gases, intense storms, and temperatures that are hot enough to melt you in seconds.

Discover what the “surface” of Neptune looks like and how it might be possible to walk on solid ground. Plus, take a journey as we fall into the atmosphere of Neptune to see what it would really be like.

Does Neptune Have a Surface To Walk On?

Though Neptune and Uranus are classified as “ice giants,” we can still think of them as gas giants to help us picture their composition.

Like Saturn, Neptune possesses an outer ring system that includes at least five significant rings. Within these rings are dust clumps known as “arcs,” which are most likely caused by the gravitational effects of Neptune’s moon Galatea.

If we look at a photo of Neptune, we might think it looks like the perfect place to enjoy a boating holiday, but we’d be mistaken. This blue-green appearance is nothing more than an illusion created by thick gas clouds, which are not dense enough to support the mass of a human being.

Therefore, if we attempted to walk on the surface of Neptune, we would simply sink into its gaseous layers.

Scientists split Neptune’s atmosphere into four layers: the exosphere, thermosphere, stratosphere, and lower troposphere. The latter are the innermost layers and the two main regions of this planet’s atmosphere. In the stratosphere, temperatures increase with altitude, but the opposite is true for the troposphere.

How Could You Walk On Neptune? 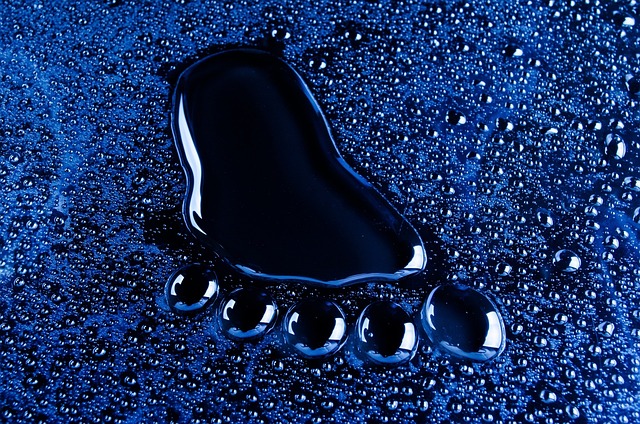 The “surface” of Neptune is made entirely of gas, which would make it impossible for a person to walk across. And that wouldn’t be the only challenge you would face on this distant world.

Neptune’s atmosphere doesn’t contain oxygen, so you would need a spacesuit with a plentiful supply of this life-providing gas. And because it is so far from the Sun, it is dimmer than planet Earth. For example, high noon would only be as bright as twilight on Earth, so you would require a light source for most of your journey, even night-vision goggles.

Say you could find a way to overcome these challenges and provide protection to withstand temperatures up to 3,000 degrees Celsius. In that case, you might be able to find a solid surface to walk on.

Deep inside Neptune could be a rocky core with a mass roughly equal to Earth’s. Still, not only would the temperature here be enough to melt most materials (including human beings), but the intense pressure would crush you within seconds.

What Would Happen If You Fell Into Neptune?

Neptune may appear calm on the surface, but it is actually a dangerous and violent place. Roughly 80% of Neptune consists of an icy substance that contains water, ammonia, and methane.

The ferocious storms are among the most challenging elements you’d have to contend with on Neptune. Here, the winds can reach up to 550 meters per second, which is almost 2,000 km/h. This means you’d face winds five times stronger than those on Earth, which travel around Neptune at twice the speed of sound.

The best place to descend into Neptune would be its North Pole, where the winds are tamer. However, different parts of Neptune rotate at different speeds, so your location would affect the length of each day. If you landed at the North pole, your day would last 12 hours, but at the equator, your day would stretch to 18 hours.

Once you transcended Neptune’s atmosphere, you would be subject to freezing cold temperatures as you traveled through methane clouds. But, as you approached the thermosphere, temperatures would rise to around 477 degrees Celsius while you passed through ammonia and hydrogen sulfide clouds.

Scientists believe this extreme temperature change could be caused by the planet’s ionic interactions with the magnetosphere.

If you could make it through fire and ice, you’d reach the stratosphere, where the pressure builds and the temperature increases. As you fell, you’d never hit the ground because Neptune doesn’t have an actual surface. Instead, you’d reach a slushy ice mixture with an average depth of 17,500 km.

As you passed through the slush, the atmosphere would be too dense for you to see anything. When you finally reached the end, you’d find yourself in a boiling ocean leading to Neptune’s core, where temperatures exceed 3,000 degrees Celsius. If you could withstand the heat, you might be able to enjoy some treasures.

Scientists believe that the intense pressures on Neptune could cause carbon and hydrogen atoms to split, leaving isolated carbon atoms to form diamonds over a meter wide.

You can’t land or walk in Neptune because it’s a gas giant with no solid surface. Even the slushy layers of ice mixture would be dense enough to hold you. The only place you could hypothetically find a solid surface would be Neptune’s core.

Still, even if you could miraculously survive the journey to the core, the intense temperatures and pressure here would kill you in seconds.

What Is The Surface of Neptune Like? – Universe Today

Can You Stand on Neptune? | Sciencing