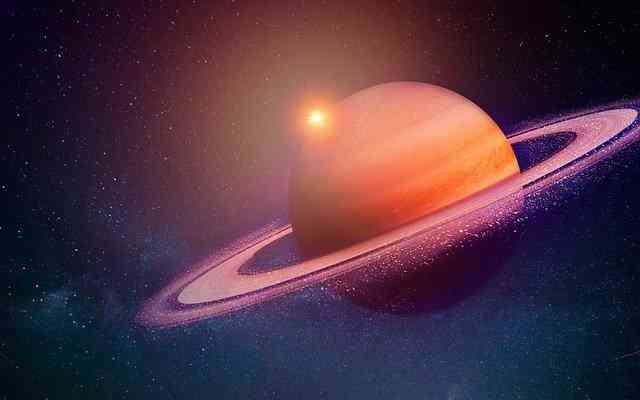 Is there life “out there?” Could there be life on another planet in our own solar system? Could Saturn support life?

What would life need to survive?

To determine whether a planet is habitable, you must first define “life” and specify the conditions necessary to sustain it (or at least the life we know of so far).

Any living organism’s basic requirements are energy, complex chemistry, a liquid medium, and protection from UV.

So, does Saturn meet those requirements?

Unfortunately, no. Saturn can’t support life as we know it because Saturn is a gas giant planet. It has no solid surface because it is composed of gases, mostly hydrogen and helium. 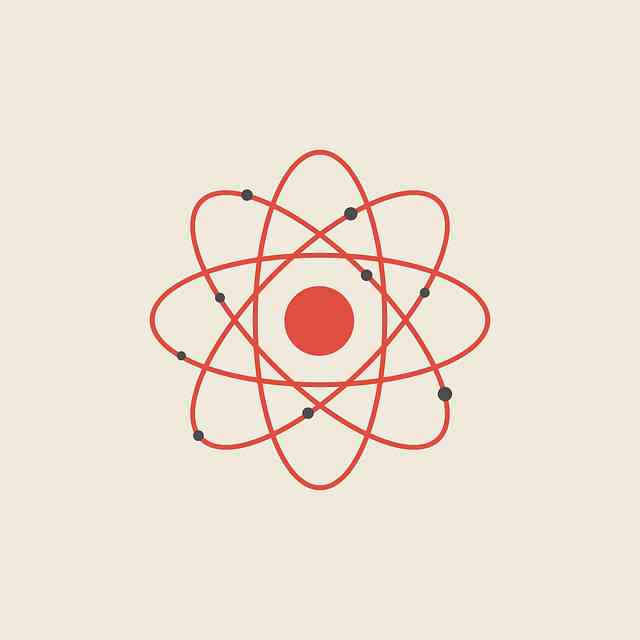 The further into the atmosphere, the denser it gets, and the pressure squeezes the gas into a liquid. Not very cozy.

Why isn’t Saturn Suitable for Life?

Saturn can’t foster life for several reasons, but one major factor is because it’s a gas giant planet and doesn’t have a solid surface for life to reside on. Saturn is mostly made of hydrogen and helium, with a surface of swirling gases and layers of liquids underneath.

Deeper down, where there is a dense core of metals and rocky materials, it has been solidified by the extreme heat and immense pressure and is thus none more habitable.

There isn’t anywhere to park your RV on Saturn, but even if you could, it still wouldn’t be fit for human habitation. Its weather patterns are much too extreme for any living organism to survive.

Its upper atmosphere has winds that reach 1,600 feet per second. The strongest hurricane winds ever recorded on Earth maxed out at 350 feet per second to put that into perspective.

And the temperatures on Saturn? Woo! The only thing worse than the freezing temperatures is the radical winds.

But here’s the bottom line: Saturn just doesn’t have the environment to sustain life. It’s too cold, too dangerous, and too gassy.

Has Saturn Ever Supported Life?

As far as scientists are aware, Saturn cannot and has never supported life. It doesn’t meet the basic requirements, and all data up until this point shows that it never has. The low water levels and high pressure make it very unlikely that life ever found a way to survive there.

Can Any of Saturn’s Moons Support Life?

Saturn may not be habitable, but it may have a moon that is.

Scientists suspect Titan may be able to support life because of its many similarities to Earth. Titan’s vast oceans and rich materials may just have the possibility of maintaining life.

Additionally, acrylonitrile, the best candidate to form stable cell membranes needed for life, was discovered in Titan’s atmosphere. Some studies have already been conducted on it, but more research is needed. 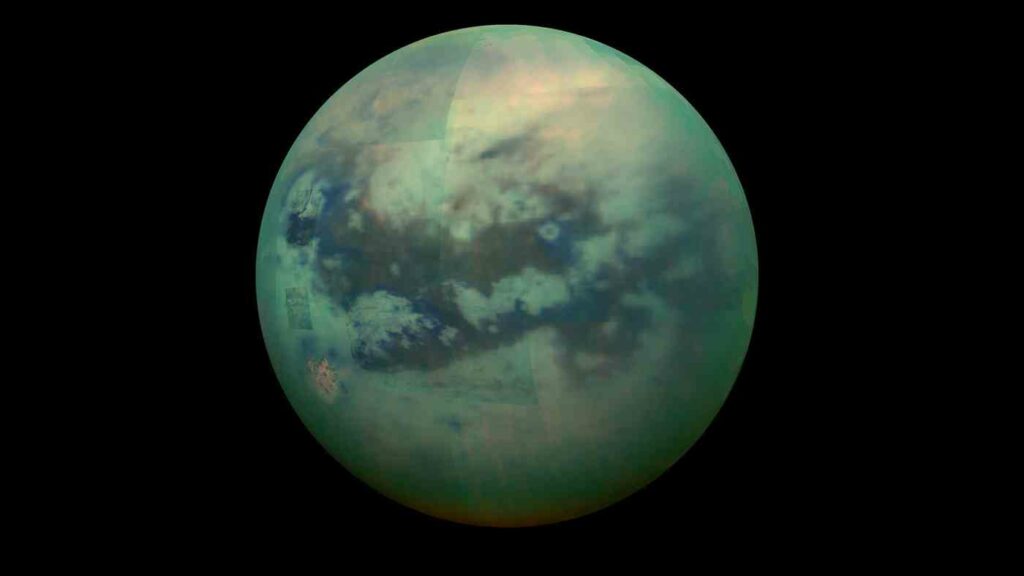 Why does Titan have the possibility of supporting life? Because Titan has an atmosphere, and it is thick.

One of the most significant elements of life for any organism is an atmospheric ozone layer to protect it from radiation and maintain the supporting environment. Saturn’s other moons aren’t large enough to hold a gravitational pull strong enough to create an atmosphere (but Titan is).

In October 1997, the Cassini-Huygens mission sent a probe to investigate Saturn and its moons, particularly Titan. The Cassini-Huygens probe made it through Titan’s atmosphere and was able to take numerous images and record sound as it landed.

The Cassini-Huygens probe retrieved plenty of data that allowed scientists to conduct further studies. Scientists believe the lakes on Titan may contain acrylonitrile that rained down from the atmosphere.

As we said earlier, scientists have noted many similarities between Titan and Earth. Titan experiences days and nights, warm and cold seasons, just like we do.

Titan has “rainfall” and other weather as well. However, instead of water, larger drops of methane liquid falls from the sky, approximately 1 centimeter in diameter. Because of the atmosphere and density, the drops fall slowly, like soft snow.

Strange striations were found on Titan that resemble the peaks and troughs of desert sand dunes. These striations imply similar wind patterns to those seen on Earth.

In the images taken by the Cassini-Huygens probe, rivers, lakes, and a coastline seemed to appear. This is the first time a body of liquid has been found on the surface of any celestial body besides Earth.

However, these lakes aren’t composed of water; they’re made of methane.

In 2007, Cassini spotted a land formation in the shape of a flower. It was a jagged mountain with a 1,500-meter-high peak. It showed a chasm that may be a volcanic crater, suggesting a formerly active volcano. Some believe it pumped out ammonia and water instead of lava. (here’s a list of some other potential habitable entities if you’re interested)

Saturn can’t sustain life as we know it, but one of its moons might.

Saturn’s largest moon, Titan, has an atmosphere, mountain formations, liquid lakes and rivers, and maybe even volcanoes, among so much other promising evidence.

In 2026, NASA plans to launch the Dragonfly spacecraft, which will travel 8 years to Titan. The Dragonfly will spend around 3 years investigating Titan’s surface by flying to different locations around the moon, assessing conditions, and looking for signs of present or past life.

Until then, NASA is continuously researching Titan’s features to understand everything they can before the Dragonfly mission in 2026.

Does all life need from a planet is organic compounds, liquid, and an atmosphere, and can Titan really provide it all? Perhaps we’ll find out soon.

3 thoughts on “Can Saturn Support Life? (No But…)”