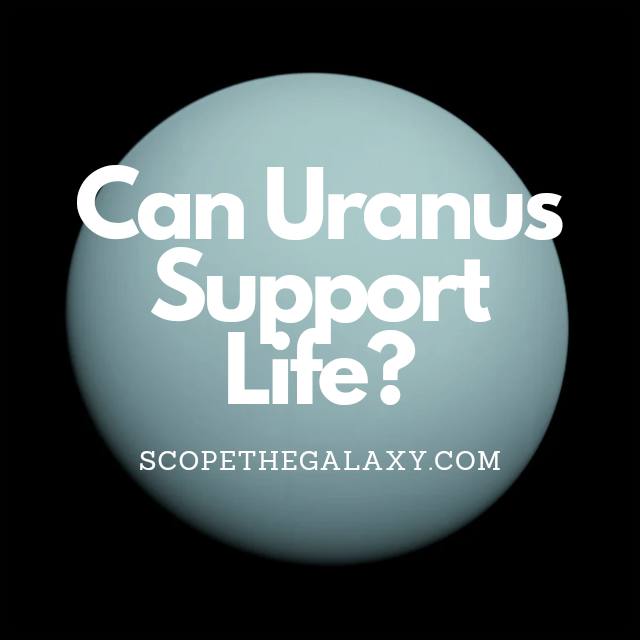 Uranus is the seventh planet from the Sun and has the third largest diameter of any planet in the solar system. Here, it is freezing and windy and lacks all of the necessities for life (as we know it) to survive.

Continue reading to discover why Uranus is devoid of life, how long you could last on this distant planet, and what it would have to do to become habitable to us.

How Long Can You Survive On Uranus?

You could not survive for more than a few seconds on Uranus. Even if you wore a spacesuit, your lifespan wouldn’t stretch for much more than a minute (at most). There are many reasons for this, one of which is that Uranus has no surface to live on.

In essence, Uranus is just a big ball of gas; if you tried to jump or land on it, you would sink into nothingness. The core is the only solid part of the planet, but the heat and pressure from the surrounding gases would kill you instantly.

Because the planet is mainly composed of swirling fluids, there would be nowhere to land a spacecraft, either. You could attempt to fly through the atmosphere, but the extreme temperature and pressure would soon destroy any metal. Temperatures in the core can exceed 4,900 degrees Celsius.

Say you could find a way to survive the harsh conditions of Uranus – you’d experience a short day of roughly 17 hours and an extremely long year of 30,687 Earth days (which equates to around 84 Earth years).

You’d also have to contend with a pungent smell of rotten eggs, thanks to the presence of hydrogen sulfide in the atmosphere. Though, in fairness, this would be the least of your concerns. More pressing would be the lack of oxygen, freezing temperatures, extreme winds, and a lack of solid surface.

In addition, a day on the planet Uranus would be very dark compared to our comfortable Earth home, thanks to this planet receiving only 27% of the amount of sunlight that Earth does. With no ground and no sunlight, you wouldn’t be able to grow any food here. However, you could potentially source water from the planet’s supply of water ice.

How Could Life Thrive On Uranus? 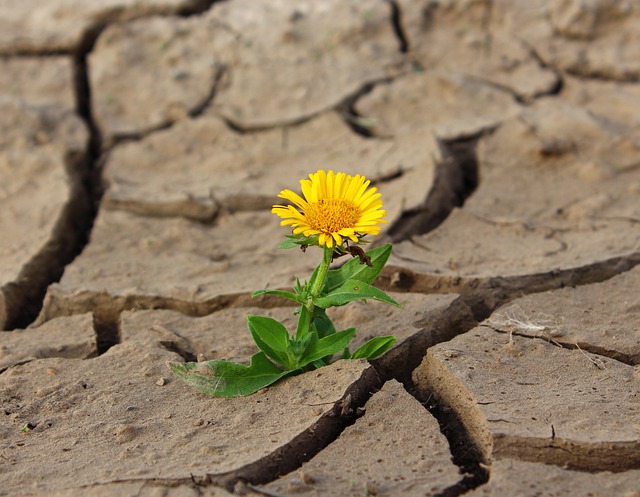 It would be extremely difficult for Uranus to adapt its environment enough to house any living organism we know.

The atmosphere here consists primarily of hydrogen and helium; small amounts of methane also exist, giving the planets its blue hue. Temperatures can reach -224.2 degrees Celsius, surpassing the freezing temperatures of even its distant neighbor, Neptune. And winds can blow across the planet at speeds of up to 900 km per hour.

Our (or indeed any living organism) best chance of survival on Uranus would not be on its (lack of) surface but rather in the clouds above the planet. Creating this floating city wouldn’t be easy, though.

On Earth, we can use helium to make objects like balloons and blimps rise, but on Uranus, where helium is abundant in the atmosphere, there is no lighter gas to use. Instead, you would have to opt for something more theoretical, like an almost vacuum ship.

The benefits of this new floating home would be impressive, though. You could raise and lower it by adding or removing gas, and it would be a clean technology that wouldn’t require any fuel.

Alternatively, new organisms could adapt to the conditions of Uranus and learn how to thrive in the frigid slush of this planet. But these living specimens would be nothing like the life we observe on Earth.

Why Is There No Life On Uranus Right Now?

There is no life on Uranus right now because the environment lacks the essential characteristics required to support organisms. The material composition, pressures, and temperature on Uranus are all too volatile for life to evolve.

Among the unique features of Uranus is its 97.77-degree tilt, meaning the planet spins on its side. Scientists believe this distinguishing characteristic could have been caused by a collision with an Earth object many years ago. Still, it does mean that Uranus has the most extreme seasons of any planet in the solar system.

For a quarter of the year (remember that’s about 21 Earth years), the Sun shines directly onto each pole of Uranus. Meanwhile, the rest of the planet experiences 21 Earth years of a prolonged winter, where it is freezing cold and shrouded by darkness.

Another problem is that the planet needs a source of energy. The amount of sunlight reaching this distant world is insufficient, and it doesn’t have any processes within the planet (such as volcanism) that could provide an alternative energy source.

In summary, Uranus could not support any form of life as we know it. Not only does it lack a solid surface, sufficient water supply, and energy source, but its conditions are extreme. The frigid temperatures, volatile weather conditions, and extreme seasons make it inhabitable to any form of Earth life.

The only way Uranus could become habitable for life as we know it would be through a significant change in atmospheric gases and the introduction of a surface. For now, ideas of setting up a colony on Uranus will have to remain the work of science fiction.

How long can you survive on each planet without a space suit? (scienceabc.com)

What If You Lived on Uranus? | What If Show

Could There Be Life on Uranus? – Universe Today

Is Uranus Habitable? [The Answer May Surprise You] (astronomyscope.com)