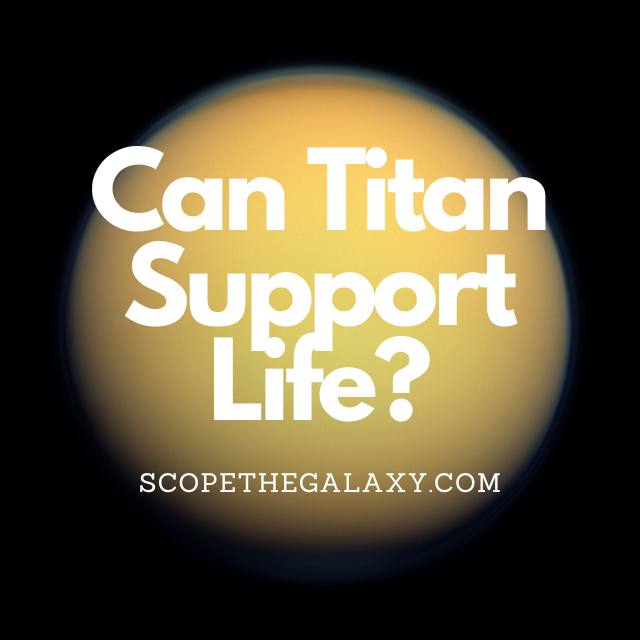 Titan is the largest of Saturn’s moons, whose mysterious nature intrigues scientists. With surface temperatures of -180 degrees Celsius and no liquid water in sight, Titan lacks the fundamental elements to support life. Still, evidence suggests that life could exist on the distant satellite.

Discover why scientists believe that Titan may have played host to living creatures at some point in its life and how it could accommodate them in the future. Explore the terrain and learn whether or not you could fly if you were to spend time on Saturn’s moon.

All known life forms need water, but the distant land of Titan is far too cold for any liquid H2O to exist. In some regards, it bears an interesting resemblance to Earth. It has a dense atmosphere that is rich in nitrogen and stable liquid on its surface. Still, these “lakes” contain ethane and methane, so they would be unable to support life as we know it.

Titan is one of the most Earth Like places in the galaxy, but it has a significantly lower surface temperature and a different chemical makeup. Its surface is sculpted by flows of ethane and methane that fill vast lakes and carve river channels. No other surface in the Milky Way has that kind of liquid activity.

Still, Titan can’t support life because it lacks water and oxygen, which are vital for any Earth-based organism’s survival.

What Kind Of Life Can Live On Titan? 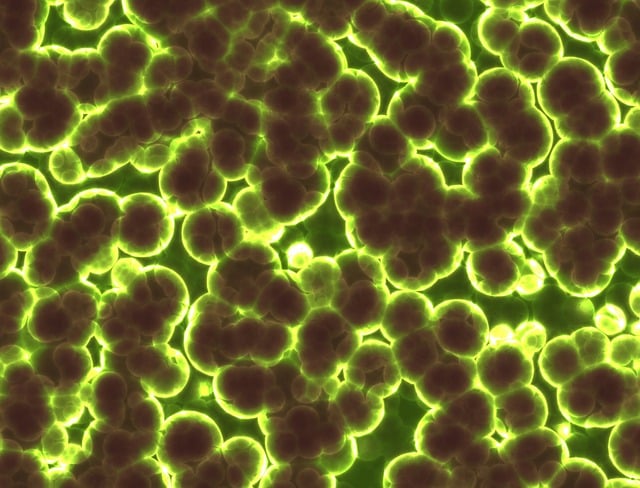 Titan is an unsuitable home for any Earth-Like lifeforms for several reasons, mainly the lack of liquid water and the frigid surface temperatures. Still, scientists theorized that Titan could possess a unique microbe that could utilize the methane and ethane liquid lakes and find a way to act as the building blocks of life despite the freezing temperatures.

A study by H. Sandstrom and M. Rahm tested this theory when it demonstrated that no Earth-like molecule could withstand the conditions on Titan. If such a molecule exists, it will be nothing like the ones we are familiar with.

This is because even the most robust single-celled organisms rely on fatty molecules called lipids to hold them together. And lipids create a barrier because of their interactions with water (certain parts repel water molecules, while other parts attract them).

That doesn’t mean that Titan can’t support life, though; it just can’t support life as we know it. Another research team led by Paulette Clancy proposed that the acrylonitrile molecule could provide an alternative membrane by allowing the molecules to attract one another rather than interact with their surrounding liquid.

And this theory was supported by evidence from the ALMA observatory two years later. They discovered evidence of acrylonitrile molecules on Titan and found sufficient quantities to support millions of single-celled life forms (in theory, at least).

In this instance, Titan life would consist of a molecule that took a particular shape under specific conditions. Alternatively, living molecules on Titan could rely on the freezing temperatures to hold them together. And with recent research finding evidence of subsurface water oceans, we could even see Earth-like lipid-based cells.

How Could Life Exist On Titan?

Scientists do not believe that there are any living creatures on Titan today. Still, evidence suggests this may not always have been the case. This moon’s thick atmosphere contains a rich amount of organic compounds, which usually indicates that living creatures are present.

On Earth, living creatures refresh the methane supply in the atmosphere as a byproduct of metabolism. So how is this possible on Titan?

Some scientists theorize that a long time ago, a meteorite impact could have provided sufficient heat to warm the moon. In doing this, Titan’s ice reserves may have transformed into liquid water and, thus, provide the optimum conditions for life to evolve. If this were the case, there could be stores of methane beneath the planet’s surface, which persist to this day.

But, if an event such as a meteorite impact could heat Titan sufficiently enough for it to sustain liquid water, then life would have the potential to evolve on this faraway moon.

Could A Human Fly On Titan?

If humans could find a way to survive the frozen, oxygen-deprived landscapes of Titan, then they could fly with the aid of a wingsuit.

Following claims of this seemingly impossible feat, Hannah Lerman and two classmates in the United Kingdom put the idea to the test. They could deduce the speed a human would need to reach to take flight by calculating the air density, gravity, and air ratio above and below the wing.

If you were wearing a standard wingsuit – measuring around 1.4 square meters – you would have to run at a speed of 11m/s (just less than the fastest human on Earth, Usain Bolt, who beat the world record by running at 12 m/s)

For a more manageable speed, you would need a wingsuit three times the regulation size, which would reduce the run speed time to around 6m/s, which would be possible for several humans to achieve.

Scientists have made many exciting discoveries about Saturn’s moon Titan, which prove that life could exist beyond Earth. Still, we have yet to find any definitive signs of life, and if we do, they’d likely be significantly different from the lifeforms we see on Earth. Titan’s conditions make it unsuitable for humans, but it is possible that it could or will host its own forms of life.

If life exists on Titan, it’s even weirder than we thought (popsci.com)