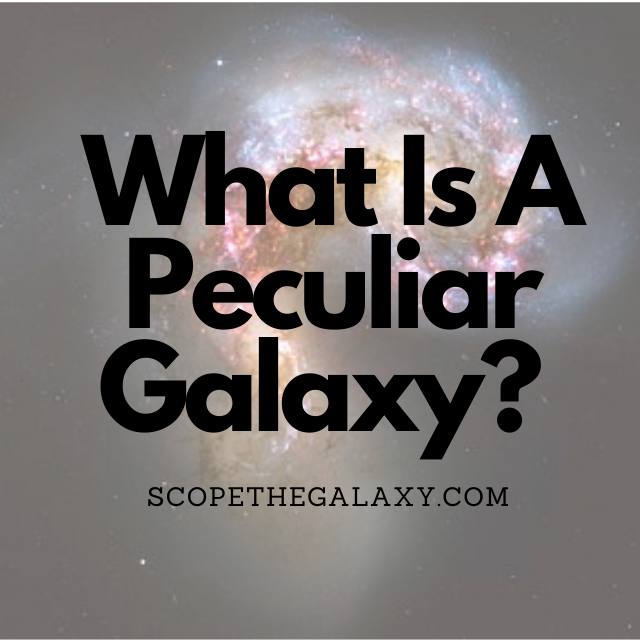 A Peculiar galaxy collides, interacts, is cannibalistic, has a strange shape, or is considered diverse somehow. These are the unusual galaxies in their size, structure, and composition. They form from the interaction of two or more galaxies.

Continue reading to discover the shape and composition of peculiar galaxies, how scientists first discovered these oddball formations, and how to distinguish between the peculiar and the irregular.

The first scientist to study morphology – the shape and structure – of galaxies was Edwin Hubble in the 1920s. From 1922 to 1926, he photographed an array of galaxies through the 100-inch Hooker reflector telescope. Hubble labeled these images elliptical, spiral, barred spiral, and irregular.

Hubble used the terms elliptical, spiral, and barred spiral to describe and categorize the shape of galaxies; an irregular galaxy wasn’t a spiral or an ellipse and was, instead, irregular in shape. He invented this term to describe a galaxy that didn’t fit into any other category.

The first scientist to photograph peculiar galaxies was Fritz Zwicky in the 1950s. In 1959, Vorontsov-Vel’yaminov published The Atlas and Catalogue of Interacting Galaxies. And it was these two scientists that inspired the work of Halton Arp in the 1960s.

What Is A Peculiar Galaxy Made Of? 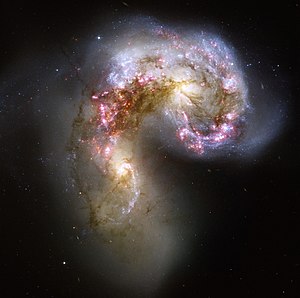 Scientists theorize that a peculiar galaxy is formed when two or more galaxies collide. For this reason, a peculiar galaxy contains more active galactic nuclei than ordinary galaxies, which indicates that they have supermassive black holes.

An active galactic nucleus is a term used to describe an active supermassive black hole at the center of a galaxy. When gas flows into a black hole, it heats up and emits large amounts of light; scientists term this “active” because the black hole is actively growing its mass.

These energy flows are most likely to sit at the center of a galaxy, making them the nucleus of that system, hence why it’s called an active galactic nucleus.

What Shape Is A Peculiar Galaxy?

Scientists use the term “peculiar galaxy” to refer to galaxies they cannot categorize into a spiral or elliptical shape.

The most common galaxy shape is a spiral; some have several “arms” or “branches,” while others possess only a couple. A high percentage of these spiral galaxies have a straight and elongated center – this is called a barred spiral galaxy.

Galaxies that have no regular shape are called irregular galaxies. Many of these have lots of gas and dust, with bright light forming new stars. This type of galaxy comes in a range of shapes and formations.

A peculiar galaxy does have a shape, but it is a shape that is different from other galaxies. For example, peculiar galaxies occur due to the collision of two or more existing galaxies. If a dwarf galaxy enters the heart of a larger galaxy, it can be absorbed completely.

The smaller galaxy creates a tremendous amount of gravity at the larger galaxy’s center. This gravitational force draws in stars and then redistributes them like the ripples in a pond. This creates a ring-shaped galaxy, an example of which is the Cartwheel Galaxy.

How Are Peculiar And Irregular Galaxies Different? 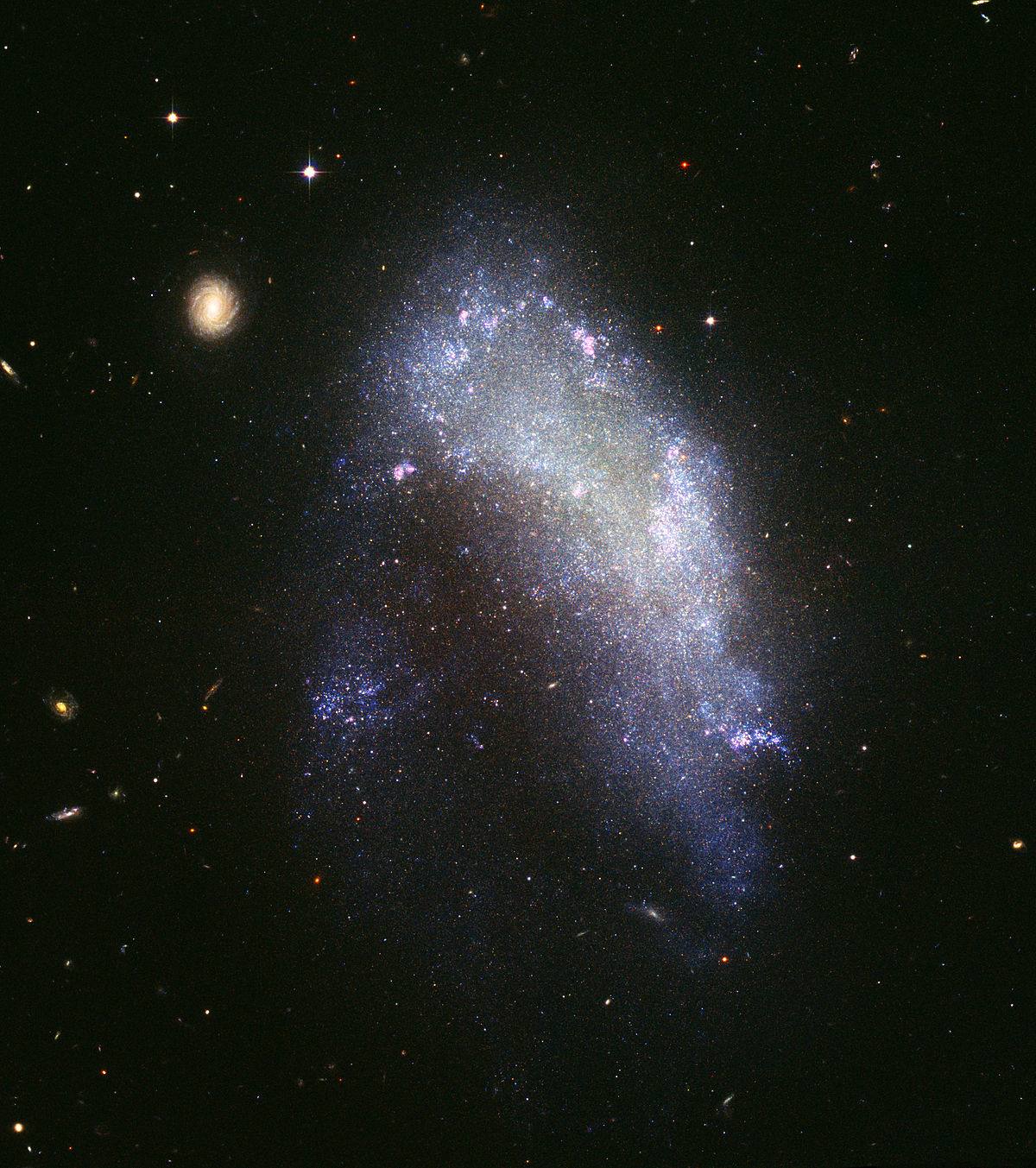 The definition of both a peculiar and irregular galaxy is one that does not fit into the conventional shape of a spiral or elliptical and is “different” in some way. Around three percent of all the galaxies that scientists have observed fit into these categories.

An irregular galaxy has a diameter in the range of 1-10 kpc. This makes them fainter than the average spiral or elliptical galaxy with an absolute blue magnitude of -13 to -20.

Irregular galaxies contain young and old stars, plus substantial amounts of gas and dust. When Hubble initially observed these galaxies, he used the term “irregular” to mean any galaxy that wasn’t spiral or elliptical. Today, we use the term peculiar to differentiate these oddballs further.

A peculiar galaxy possesses an unusual shape but also looks uncommon somehow. If lumped together with every galaxy that wasn’t a spiral or elliptical, the peculiar galaxy would stand out in some unique way.

Many peculiar galaxies possess a ring shape having been tidally distorted by another galaxy.

Any galaxy that is not a spiral or elliptical structure is an irregular galaxy. Within this group of outliers, scientists classify the unusual forms as peculiar. One of the most common shapes of peculiar galaxies is a ring formed by absorbing a smaller galaxy into a larger one. But these structures can come in any shape or size and continue to provide fascinating insights to scientists.