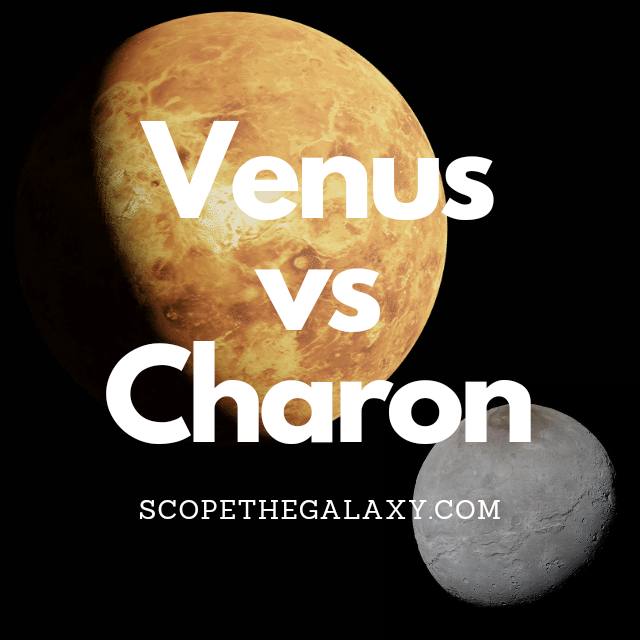 There are various other differences between these two so, continue reading for a more detailed look at each entity along with their similarities and differences below.

Charon is almost half the size of its planet Pluto at 1,212km, where scientists refer to these two bodies as a “double dwarf planet system,” and the chilly temperatures vary from minus 23 to minus 258 degrees Celsius.

Similarities Between Venus And Charon

The similarities between Venus and Charon include the following:

Differences Between Venus And Charon

Although both Charon and Venus have a terrestrial based body and are part of the same solar system, the two are still designed very distinctly from one another.

Whether it be in regards to size, mass, temperature, the thickness of their atmosphere, the length of their days and more, Venus and Charon simply function and operate very differently from one another.