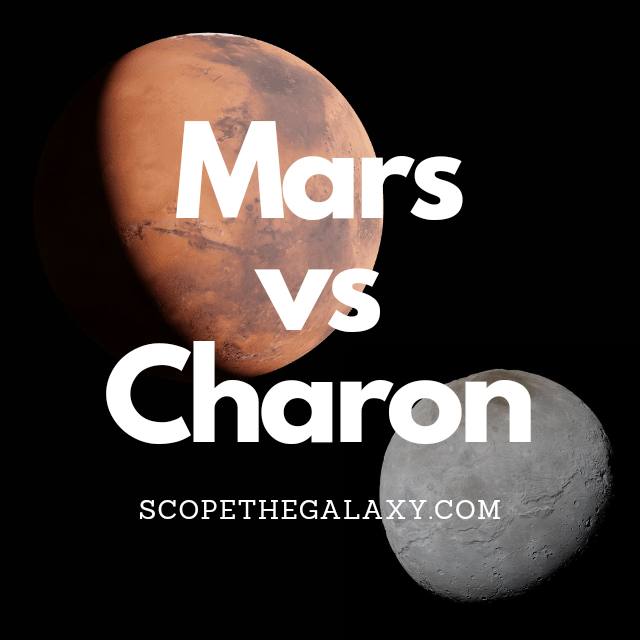 There are various other differences between the two so, continue reading for a more detailed look at each celestial body along with their similarities and differences below.

Similarities Between Mars And Charon

Charon and Mars do have a few similar features, which would include the below:

Differences Between Mars And Charon

Although Mars and Charon have similar features such as their terrestrial composition and the fact both are in the same solar system but, the differences that they have are more vast.

Whether it be in regards to mass, size, temperature, density and beyond, Mars and Charon are designed to be very different from one another and in turn function very distinctly from one another within our solar system.