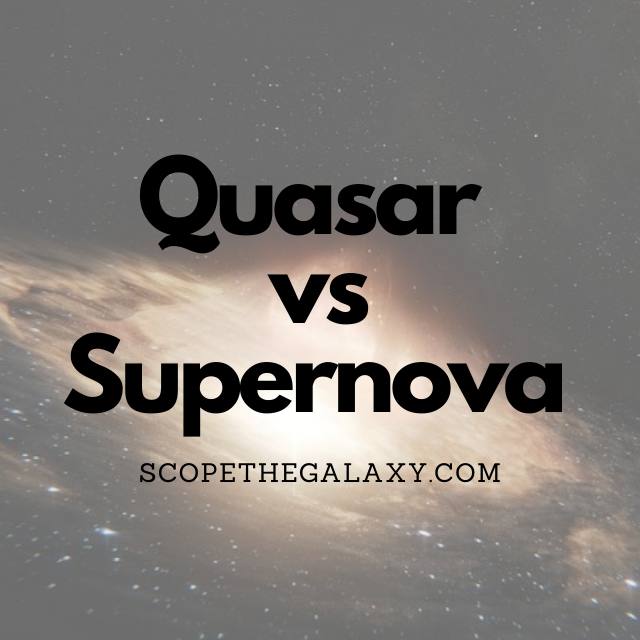 The main difference between quasars and supernova explosions are that quasars are extremely bright light particles that surround supermassive black holes whilst supernovae occur when a large star collapses into itself and explodes in a short lived but grand explosion eclipsing even its entire galaxy in luminosity.

Both entities are similar in the sense they can be amongst the brightest objects around however, they are still very different in a variety of other ways. Continue reading if you want to find out more about these celestial objects.

Quasars are the extremely bright celestial objects powered by supermassive black holes, that are found in the center of galaxies. They are also referred to as an active galactic nucleus.

Quasars were initially called quasi-stellar radio sources however, this name isn’t entirely consistent with the type of waves quasars generate as only around 10 percent of all quasars that have been discovered produce strong radio waves.

Although not an absolute, many scientists believe these bright objects are formed when light escapes at the edge of a supermassive black hole just before reaching its event horizon. Some light gets drawn in whilst other particles jet out at a tremendous pace, which is how the erratic and powerful light of Quasars form.

Therefore, not only are these enigma’s extraordinarily powerful but they can even be used as time capsules to observe how our universe came to be, relatively close to when the theorised big bang occurred. 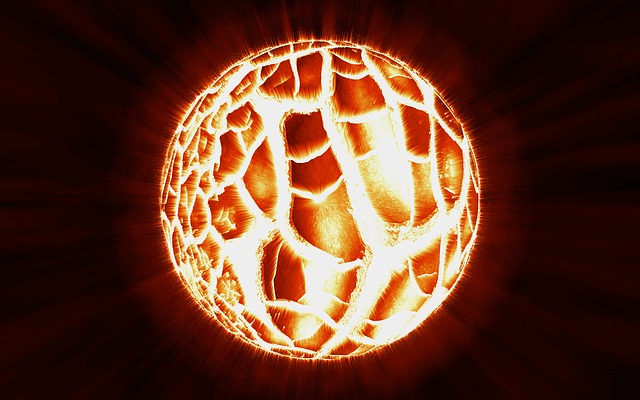 These are theorised to form after a white dwarf, likely in a binary star system, exploding due to the over consumption of energy from its companion. Type Ia’s have a strong silicon absorption line near its maximum luminosity whilst producing no hydrogen at the same time.

Type Ib’s are formed after a large star collapses under its own core gravity where the outer region of the stars hydrogen is stripped away, leaving behind only  the second layer of helium.

Type 2 supernovae are formed when a star between 8 – 50 times the Sun’s mass collapses into itself and causes a huge explosion that produces either a neutron star or black hole. For black holes to form in this case, a star would require at least 3 solar masses worth of materials after the explosion.

Are Quasars More Powerful Than A Supernova?

However, the difference between the 2 is that quasars can continue outshining galaxies for millions of years whilst a supernova explosion will only last for a few weeks at its peak therefore, this implies that quasars are the more powerful interstellar phenomena.

This is further expanded upon when you consider that the brightest object we’ve currently observed is a quasar.

Similarities Between A Quasar And A Supernova

Both are similar in the sense they can outshine entire galaxies and are linked to black holes because one creates black holes and the other surrounds it whilst jets of really bright light particles are projected in all directions.

Other than these similarities, both cosmic phenomena function in very different ways.

Differences Between A Quasar And A Supernova

As for the differences between the two, they are quite vast and include the following:

Quasars and supernova explosions are very different from how they are formed, how long they stick around for, the differences in temperature and even in the energy produced.

The only real commonality between the two is that both are more luminous than entire galaxies when exerting their energy into the cosmos.