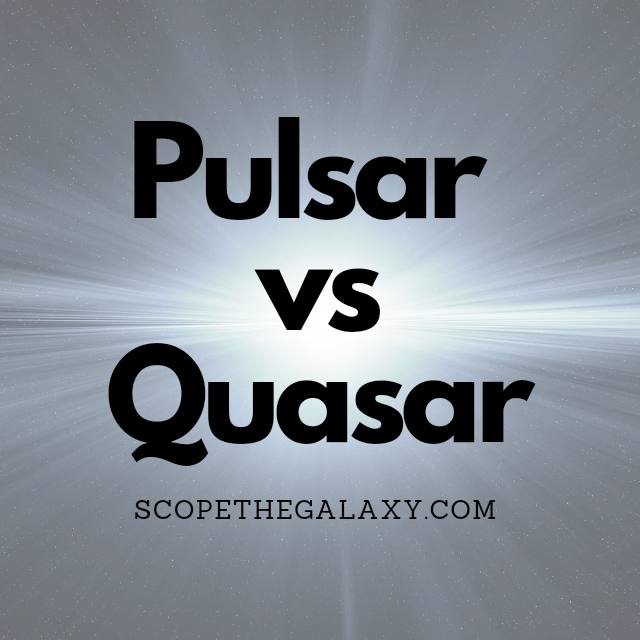 A pulsar is a neutron star that emits light at regular intervals that form when a 8+ solar mass main sequence star or a 1.44 solar mass white dwarf star collapses leaving behind these densely packed entities whereas quasars are extremely bright celestial objects that are powered by supermassive black that shot extremely fast jet particles.

There are many other factors that separate the two so, continue reading to get a more detailed explanation of both celestial objects and what the other differences between a quasar and pulsar are. 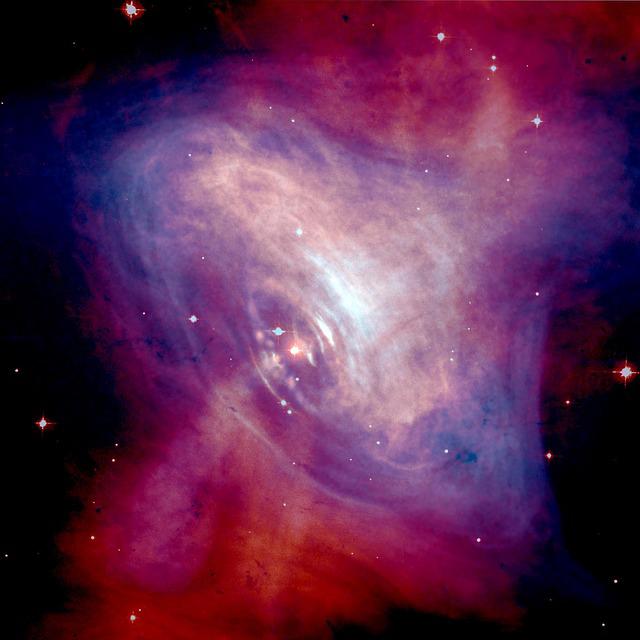 These dense balls of neutrons are extremely fast rotating objects that emit regular pulses of radiation within the span of seconds and even in the lower millisecond range.

The reason pulsars flicker is due to the immense strength of their magnetic field, observed to be 10,000,000 T (teslas), which is a number so large that it can literally warp space and even dilate the time around them, like a black hole.

As the neutron star in this case rotates so quickly, it will open and accelerate charged particles at speeds so fast that 2 beams of extremely powerful electromagnetic waves will jet out from both its north and south magnetic axis.

If the neutron star was initially a part of a binary star system, it’s very likely that it’ll remain in orbit with the other star, using some of its energy and matter to oscillate at a much faster rate.

Overtime pulsars will slow down as a result of their surroundings but, the oscillation intervals will remain consistent throughout their lifespan.

Quasars are extremely bright celestial objects powered by supermassive black holes, found in the center of galaxies. They tend also to be referred to as an active galactic nucleus or AGN for short.

Although not an absolute, many scientists believe these bright objects are formed when light escapes at the edge of a supermassive black hole just before reaching its event horizon.

Some light gets drawn in whilst other particles jet out at a tremendous pace, which is how the erratic and powerful light of a quasar forms.

Similarities Between Pulsars And Quasars

Pulsars and quasars are both entities that produce light, are very hot and can be observed from Earth. The average lifespan of both entities are similar too, falling around the 10 million year mark.

However, besides these relatively surface level points, they don’t have many real commonalities as they both fall under different cosmic entity brackets.

Differences Between Pulsars And Quasars

Pulsars and quasars are both completely different cosmic entities therefore, the differences between them are quite vast:

Pulsars are smooth spinning dead stars that were unable to become black holes due to the lack of materials whereas quasars are formed when supermassive black holes have an excess amount of material around them that produces energy and light far exceeding almost everything surrounding them.

The two are simply very different from one another in size, energy and even how they’re formed.